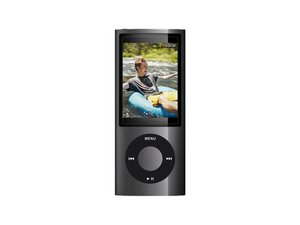 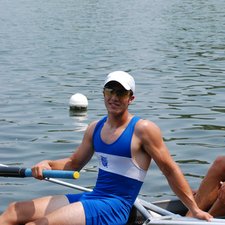 - washed iPod (extra rinse => at least it was clean of soap)

- did NOT attempt to turn it on

- dried using salt in a bag for 3 days

- flickered to life on charging

- functioned (minus g-sensor) for 2 days

- no longer detectable by iTunes, and remains without vital signs - I fear the worst

Can my iPod be saved? If so, what can I do? I'm willing to take it apart as a last resort to try to clean it or check for corrosion damage, but I would prefer someone more experience do this (I saw how tricky the breakdown was for an experienced tech).

I'm one of the lucky ones who washed their 5G nano, but I did take a few steps to try to salvage it. Note that the iPod was not on when it was immersed in water, or did I turn it on after I found it direlect on the bottom of my washing machine. I put the unit in a sealed bag with (don't judge me) dry oatmeal mix and a beef seasoning (not for flavour - the seasoning has a salt base) since I didn't have uncooked rice, dessicant packs, or even pure salt. I pinned it on my corkboard and had a 40W lamp on it for 3 days to add some low heat. After doing this, I tried turning it on, and it was lifeless (since I'm sure the battery shorted in the water). I plugged it into the computer, and nothing happened. After about 5 minutes of searching how to beat the iPod warranty system for water damage, I noticed the screen flicker and suddenly iTunes found the device. After charging and synching, the iPod was completely functional with the exception of the gravity sensor. It remained this way for two days, and then suddenly it froze during an app, screen on, and wouldn't respond (I did not try a reset) until after it died and was recharged by the computer. I again tested functionality, and it did the same thing but only lasted for about two hours this time before freezing screen-off and seemingly on hold. Now it isn't picked up by iTunes, nor can I reset the unit directly. Further fruitless things I've tried: button mashing, increased button pressure, toggling the hold switch, resetting, forced detection by iTunes (failed to detect), and even jiggling the synch cable in the iPod's slot thinking it might somehow help.

As a final note: By helping me save this iPod, you are indirectly saving my life. This was a christmas gift from my girlfriend and I've killed it by mid-February. She might kill me by mid-march. Kidding, but help is appreciated! :)

This is the way to ask a question! +

wish I had a answer just half as good as your question.

Thanks. I'm checking with one of my profs to see if he's up for an iPod 5G teardown iFixit style. I'll let you know if/how that goes.

Apple ipods are built tough, I had a spare one with a cracked screen.

I wanted to see how rugged it was! I turned the ipod on and submerged it in water, threw it around a few times, and it still functioned!

The only thing that killed it was me repeatedly slamming the unit on a wooded table until the "sad face" appeared.

But anyway, it your ipod and iphone does suffer water damage, and it doesn't function, you can sell it on Salvage-it.com

some time ago i was asked to "revive" a washed 4th gen. nano

disassemble it as described in the 5th gen. teardown

use a paintbrush to clean it

maybe you should take a look at this page: CLICK

use google (or what ever you prefer) to translate it

Thanks for the tip. The link came up with a server error, but I get the gist of it. I'll open 'er up and do my best to undo any corrosion by cleaning. I know such a thing is chemically (almost) impossible, but I might be able to restore it to some functionality. Cheers.

I just wanted to add my 2 cents in. I fixed one of these with the same issue that was water damaged. It was fairly clean inside and I used a toothbrush to scrub the corrosion away. Make sure you look everywhere for it, mine required me to fully remove the logic board which isn't the easiest (I'm an experienced tech), but found a little more corrosion on the back side. After scrubbing it several times I was able to get it working with no back light. I might have to change the screen since there was corrosion inside the connector when I got it.

Tip, If your careful, plug it into a charger after cleaning while still apart. Only thing you need to have plugged in is the LCD Screen. If you have a multimeter check the battery charge. If it reads very low, it might have to be replaced before it will power up.

Good luck and let us know if you get it working!

I had the same problem I put it in rice but the voice recordings don't work on video or memos please help.

Emily Bennett, this question is almost 2 years old and not visited very often. I suggest you use this link http://www.ifixit.com/Answers/Ask/iPod+N... and ask your own question. Give as much detail as possible. Good Luck.