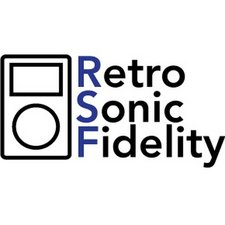 After H20 Damage, iPhone only boots with battery out

I bought a water damaged phone on ebay. The dock connector ribbon cable was downright ratty, so I replaced it, the battery, the LCD/front glass, and the rear glass. I noticed the phone would not charge - it would only get really hot when I plugged it into a USB wall charger.

I tried to boot the phone with the battery out, and it works right away. When I plug it into the wall with the rear glass off, the INSTANT I take out the battery, it boots up. Does this mean I got a bad battery from the ebay seller?

The only downside is that it won't boot off of USB power, so I can't format / restore the phone to use it. I also desoldered / re-soldered the battery FPC connector to make sure everything is good there. I lifted a small capacitor during this process, but I've read the capacitors should not be replaced if lifted. (This happened AFTER discovering the boot w/out battery.)

Should I simply order another battery, or has anyone else had a similar issue and can tell me what to do from here? 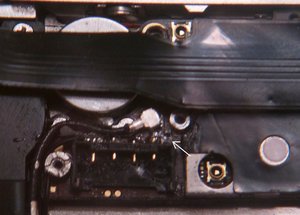 what is your definition of " lifted a small capacitor"? when you plug your phone in, what voltage do you measure at the battery connector (L and R contacts) with the battery removed?

I measure 1.21V across the L and R contacts with the battery out and the phone plugged into a DC adapter. There are two small capacitors right next to the battery FPC connector (to it's upper left, when looking at the back of the phone with the dock connector down). I lifted the one closest to the battery port. I accidentally hit it with the soldering iron and it came off.

The home button and power button are both also unresponsive during all of this.

I've just ordered a new Flex Cable and Home Button ribbon to add them and see if they fix my issue of no power/home button responsiveness. I really hope that fixes this phone, because I've put quite a bit of effort into it at this point.

1.2 volts is definitely not enough. You should have something around 3.9V+ post an image of the damage to the logic board. It is possible that you are having PMIC issues.