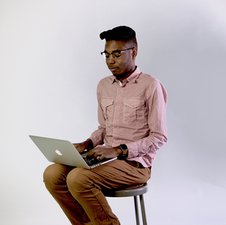 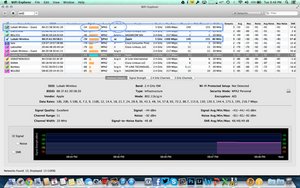 With the application WiFi Explorer, we see that it recognizes the ac network of my AirPort Time Capsule, plus, it's able to see the signal strength (which is different from the a/b/g/n network because of the beamforming).

More: The network in bold is the one currently used...

I think maybe Apple will release a "ac activator, like they did for some Intel Macs.

But first, we need to be sure that it's not just the app that recognizes the network.

So I need some testers to see if with (any another Mac and an ac AirPort Extreme) you can see the ac network and the signal strengh. The app that I used is named WiFi Explorer and is available here.

The dev behind WiFi Explorer

Thanks for the explanation! :)

The app is just showing you the header label from the other systems hello. I really don't think your MBPr has hidden 802.11ac support.

Another way to look at this is if the AirPort card your system has was the exact same as what the newer Air systems have (which from the IFIXIT teardown it doesn't).

This is more "posing a question" to stimulate further discussion, than an answer, but...

Apple occasionally (through firmware and OS updates) update changes that enable previous or current generations of product to increase transit rate capability of existing airport cards (ie, instead of a 802.11n with a transit rate of 300, retina's with the "n" class card can use up to 450. Originally, the A1369/A1370 (2010/2011) macbook air's model(s) were spec'd at a transit rate of 150 I believe, but are now capable of 300 due to updates incorporate with the OS and firmware. But that capability - as I understand it - is on 5GHz networks (I think). Can't be sure on that one. It doesn't change the 802.11a/b/g/n/ac .... but it is pushing the card in its capabilities.

Please... anyone feel free to jump in on the comment and correct any misinformation. I don't mind :)