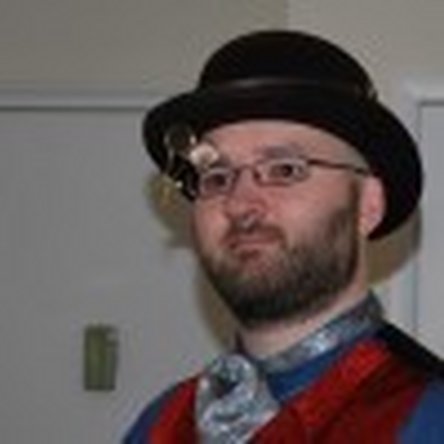 So... I have an iPhone 5 with a home button problem. I pre-ordered this when the iPhone 5 was released, so it's out of warranty by now.

The problems started happening around September and I sent it in for warranty repair in October. The device worked well for about a month or so, then toward the end of November it started doing the exact same thing. Now it's December, and I'm using a back-up iPhone 4 until I either figure this out or scrap the device for parts and wait for whatever 2014 brings us for iPhones..

I can leave it sitting on the table and Siri will randomly activate. I can also try pressing the home button and it will do nothing or register a triple-press. When I hit the power button on top of the device, it will randomly take screenshots.

The behavior is leading me to think that it is constantly registering my home button as being held down for some reason.

My first approach to the situation was to address the mechanical function and replace the home button and the home button cable. After replacing those parts, my iPhone 5 is still misbehaving.

Hey patnodewf, I've been having a similar problem and am wondering if you had any luck with the dock connector replacement.

I actually bought the connector, but haven't bothered to replace it just yet.

I did buy a cheap knock-off LifeProof case online. Reason being, I was thinking it just might have been debris in the lighting port causing it to malfunction somewhat - I typically keep my phone in my front pants pocket.

So far, the case has been keeping lint/debris out.. and Siri has been much less forward with her spontaneous inquiries.

Is it the case? Is it the debris? Was it a bug-fix for iOS since posting? I have no idea, but this only occurs now when I seem to subject the lower area of the phone to pressure (squeezing) unintentionally. Could still even be a faulty connector... not 100% positive either way, sadly.

Seems like you have tried all the obvious fixes first. The problem may be on the Logic Board where the Home Button makes contact with the Logic Board. Has this device suffered water damage? I would take the device apart and focus on that area where the home button communicates with the logic board and try cleaning that area thoroughly with Alcohol. You may have some debris in there thats jamming the contact up.

Okay, I tried this one first. Tore the thing apart and assaulted it with q-tips and rubbing alcohol. All the connectors I could get to, not just the ones for home button cable either.

The is an easy test and solution.

Remove three screws on battery connector. Unplug the charging port connector (not the battery). After that leave it for a while to see if its doing the same thing.

If it stops doing that just change the whole charging port assembly. Costs $7 i guess.

If its doing the same thing after disconnecting the charging port connector it may have mainboard problem (water damage).

How much is 7$in ruppe

i have tested this on many devices and found that . the two gold prongs which is connected to home button flex cable , when these two prongs touches the home is automatically been pressed without tapping the button. so please replace your gold prongs are allign properly to get it fixed.

could u solve the problem patnodewf ?? am going crazy and dont know what to do ..

please tell me what did u do about it

Hi Layla it's either a faulty home button or faulty dock..

If you release the screen from the frame so the home button is not pressing against the docks gold prongs see does it still activate Siri. If not it's most likly the home button that's faulty..

If it activates Siri when the screen is lifted up of the frame then it's most likely the dock that's faulty..

I had a white iPhone 5 but decided I wanted a black one. I used a black body from an iCloud locked phone that I had and switched the motherboards. I starting having this problem the first time I turned the phone on. Knowing that the motherboard wasn't causing it, I switched both the home button and the dock connector out. It's been working perfectly so far. I'll comment if starts acting up again. Please email me at ozzy678@gmail.com if you have any questions. I work on iPhones.

sometimes this happens beacuse of cold weather. i dont know why, but it just happens. i suggest taking it to apple or putting a little heat on it with something slightly warm.

Same thing happened with my phone

Since this has killed me for 3 days I figured i'd try to help anyone who got stuck in my situation. If it the button keep activating after installing the digitizer the issue is a grounding short circuit. In my case the ipad worked great until you installed the digitizer back on the unit and sealed it then the random presses started. Turned out to be the ribbon cable for the home button has an exposed gold strip. The home button in this A1489 is soldered to the digitizer and only one plug links them to the board. I covered the strip past the home button all the way to the end of the digitizer with Kapton tape and have not had a problem since.