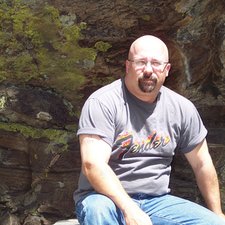 Won't turn on or charge

iPod Classic will not power on, nor accept a charge. Dead.

I have the same problem except I’ve just replace the battery into the iPod the same day this problem occurred the battery was from ifixit and I also upgraded it to SD not sure if they would make a difference the point is tho I don’t know what to because I can hardly believe the battery is dead when I’ve just replaced it it won’t charge or turn on please someone help me :)

it could be the logicboard - do you have a voltmeter to check the batteries ?

does the iPod react in any way or is it totally dead ?

if the battery voltage is ok and you plug in the usb cable and connect it to your computer - is there any sign of life (on the iPod and/or the computer)??

It does not appear on the computer. New battery doesn't show a full charge as the iPod is just plain dead and so did not charge. Neither does iPod appear in iTunes. No screen lighting of any kind... as I said... just dead even with new battery.

if the battery voltage is to low - the device won't start and won't show any sign of life - woh do you try to charge it ? only via usb? - that might not be enough power to start it (when a device is not recognized - the usb port has only around 2,64 volt on my hp notebook - thats way to low to start the iPod)

your comment about the normal usb ports voltage led me to fix my rockboxed ipod classic when everything else didnt help anymore, i was already thinking about opening it and ripping out the battery, so thanks

There are several reasons an iPod won't show up in iTunes. And not so uncommon. A great place to start is on www.apple.com/support - there you can type yor question in the support "Search" box and it's fairly easy to find Apple's iTunes troubleshooting guide as to why your iPod won't show up. With a little luck, you might find one of their suggestions helpful and once your iPod shows up in iTunes, you can get on with the " Restore" process which will wipe and re-install the iPod's operating system software. Oh... and will remove all your songs from your iPod as well. Best wishes!

it shows up and apple logo shows on ipod, but won't restore, keeps saying on itunes, waiting for ipod

Seems that the battery is dead or your cable is broken.

Thanks for responding! ...I'm aware of the intricacies and that it needs at least a 30 percent charge, and I left it to charge overnight but it just will not do anything. So, it will not charge when plugged into my Mac or any other form of USB nor does it appear in iTunes or on the desktop. Cable is good, I've tried three that already work on other iPods, even a car charger. For the most part, I've taken all the correct steps to insure that the iPod should work properly. It just does not and I kind of wanted to know if the problem is most likely the Logic Board, in which case it's probably more cost effective to replace the iPod given its age. But what about the hard drive?

I believe the iPod would show some sign of life even if the hard drive went bad. Does anyone know if that is true? Would I at least see a lighted screen even though it would not boot, or is everything solely reliant upon the hard drive? Should it still appear in iTunes if the hard drive is bad? Thanks!

yes, if the harddrive would be bad - the iPod should work - but would tell you to go to the apple support page on the internet.

I have prolems sometimes charging my ipod classic with the USB cord and the AC wall adapter cord when the battery is extremely low. When it is that low my desktop computer will not even pick it up, but when I plug it in to the car charger it will charge up immediately. I figured this out only after sending it in the first time to replace the battery and not even a month later it did the same thing.

i need help my ipod wont turn on or charge but i think on drop of gator aid touch it. i could not get it to charge it know been 8 months any body got a recommendations.

OK, this is not an answer, but is what is happening to my ipod. Classic 120 GB. I replaced the battery, as the original one was finally hosed. However, this particular problem raised its ugly head after I synched it to itunes, and upgraded it. I am not sure which version that did it in, but as soon as I upgraded it, I could not get it to turn on, unless it was attached to power. Then I had to hold the center button and the menu button to get it to turn on. However, that was intermittent, because sometimes it worked, and sometimes not. Anyone have a solution for this? Is there a way to go back to the factory version. Like os 1.0?