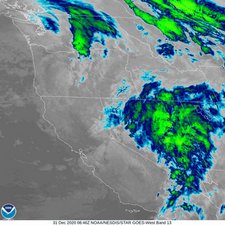 I tried replacing the digitizer on my iPad mini and now the screen won't turn on. I haven't glued it back together yet, but when I plug it in I can hear the noise it typically makes when you plug it into a power source. Do I need to replace the LCD screen? There were no problems with the LCD screen before I took it apart.

I have been working on trying to get my Mini working. I have sent it away for the back light thing and they sent it back and said it was ok. I have tried another screen but both work well on my other Ipad Mini. I am at a loss. Any one with any ideas?

So is the lcd broken?

you could try holding the home, and power button down for 15 seconds. see if that works. its called a soft reset

is it a mini 4 ? because the LCD and digitizer is fused together if I understood it right. Is it possible you damaged the LCD during your repair ?

For more than you ever wanted to know about iPad mini backlight problems check out this thread.

Lots of advice here on this thread: Th screen stays black after a digitizer replacement.

@Jessabethany, I'm not sure if I removed the battery connector...that doesn't sound familiar. I know after removing the digitizer, I unscrewed the LCD screen and the metal plate underneath it. After that there was a smaller metal plate which I removed to disconnect the LCD screen and digitizer. I've checked the connections for both the digitzer and LCD screen twice now, they are firmly "snapped" into place. Do you still think the backlight fuse could be the problem?

That is totally it. After removing the second smaller metal plate there are three connectors--battery, touch, and LCD. You *must* disconnect battery first, then LCD. If not, it is really common on the iPad mini that when the LCD cable pops off with the battery providing power (assume we inadvertently hit the power button while we were intently focused on removing the glass) that the sudden drop in voltage causes a quick uptick in amperage that blows the fuse. I fix a few of these a week and I learned this the hard way myself so don't beat yourself up about it.

Feel free to contact me via my profile if you need helping finding someone to replace the fuse for you.

will all the data go away

no. data is fine

Have you solved your issue?

I've fixed about a dozen of these, the past few years (they've turned into an unprofitable hobby). There are a number of problems you can encounter after replacing your touchscreen/digitizer on an iPad mini or mini 2 (I haven't tried models 3 and 4 yet, and this does not apply to the full sized iPads).

Note: Always dry-fit the pieces before screwing and taping/gluing everything down. Always turn the power on and make sure everything works before closing up: power button, LCD, touchscreen, home button, volume buttons, sound, cameras, and, if you care, smart cover.

Also, keep all the broken parts until you've really completed the repair. There are bits and pieces on the touchscreen that you might not even notice until you find the replacement doesn't have everything.

Oh, and clean the old LCD well before closing up. You may be proud of your fix, but at some point you'll be really annoyed at that thumbprint or bit of lint under the touchscreen that you could have cleaned up but didn't because you were in a hurry to call it "done". Actually I find this the most tedious part of process, as you almost always see another smudge underneath the touchscreen after it's closed up.

If you paid relatively more ($30-50) for a touchscreen, it should have everything on it, ready to install.

If you got the really cheap ($9) touchscreen, you need to transfer several bits from the old to the new screen

Always clean thoroughly and use new double stick adhesive on the button frame. There's nothing more frustrating than a home button that becomes loose or floats around after you've closed things up. I sometimes resort to superglue in addition to the double stick adhesives if they're stubborn.

Here are some other problems you may encounter:

Oh, there are so many other things that can go wrong. An open iPad is a fragile thing. Once closed up, they're pretty robust.

I am currently wondering why an iPad mini on my workbench that booted last week, has run down its battery and chimes every 30 seconds when I try to charge it. The screen remains blank and it doesn't appear to boot. There's no Apple icon, and it's not the backlight. I haven't tried to reset it yet.

Hi did you manage to fix the ipad you mentioned that beeped but was not the backlight? I've got the same problem.

Hi Jim, you are brilliant mate! Thanks for this epic post!

Thorpee4, the problem turned out to be the battery. It had decided it wasn't going to hold a charge any more. That's the chance you take with used tablets--it may be working fine but there are components which are about to wear out (kinda like a car, now that I think of it).

Aaron, not sure how, without publishing an email address. iFixit doesn't have member-to-member mail, I don't think.

Hi Jim, sorry bout the late reply. My email is aaronmoffatt@gmail.com. If you'd like to send an email. I've just run into an iPad problem. If you have the time, I'd love to pick your brains.

I have replaced many screens before and I'm only 13, the same thing happens every time to me, you have to make sure you plug in every cable until it snaps or just very tightly (make sure the pins are connecting and touching). Let me know if you need any more help:)

If Flex Cable of Home Button is not soldering good, a Power button (Wake up button) will not work and you can't turn on the screen.

Could be that the connecter isn't plug in correctly..

Y didn't you check that the iPad was working before you glued the screen down?

I replaced the lcd and digitizer, now the apple sign comes on but then it goes off without booting up, do you know what would cause this.

Hi Deborah--the iPad mini requires a functional digitizer to be in place in order to boot past the Apple logo. If you had a digitizer installed, then check carefully to see if you are missing any pins from the digitizer connector socket--if you are, then that could explain this behavior.

I got the same problem while replacing the digitizer