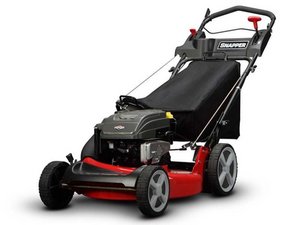 Repair guides and support for gas, electric, and human powered machines used to cut grass, whether push style, or ride-on.

How do I route the belt through the pulleys of my john deere sabre riding mower?

how do i rout my new belt on sabre for john deer riding mow 42 inch cut 15.5 horse hs

Go to this link:

In the box marked model type "Sabre" and then select your specific mower model in the box below. Click on pictorial index under your mower model and then look for drive belt. You will see an exploded diagram of the belt and pulleys which should get you going in the right direction.

As of July 30, 2010 I was in the same predicament. I have a 38" John Deere sabre with a broken hydro drive belt. How I got the belt on was extremely hard. I ended up undoing the tensioner spring to allow the bigger pulley to slide close to the smaller pulley. Then I put the belt on. The problem was I was not able to reattach the spring.

You need to take off the mower deck. Its just not possible to get under the tractor to get the needed leverage. A much stronger friend came over and undid a belt around the pulley then using force reattached the spring. Then, we had to use a screwdriver to pry the belt back on the pulley. It took two men to do it. Then reattached the mower deck. It took about 20 mins once he came over.

In hindsight, I would not have undid the tensioner spring and just pried to the belt on the smaller pulley (idler). It just takes massive amount of strength either way if you don't have riser to put it on like at the dealership.