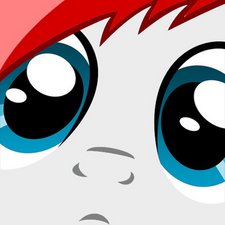 I've received a white iPhone 4s, which was dropped in water. It was completely dead, but when connecting it via usb to a power source, puts it in a boot loop. I'm able to get the device into both normal recovery mode, and in DFU mode. Restoring in either of these modes via iTunes, yields me a 2001 error. I read some places that replacing the battery could fix the problem, which seamed logical to me as the device seemed to function (Screen works, DFU & Restore mode), only when connected to a power source.

I ordered a battery, replaced the old one, but even though I've replaced it, and spend quite some money on it, i'm still where I started. I still get the 2001 error, the device still doesn't do anything without being connected to a power source. Just like before.

Anything I can do to still save this thing?

EDIT: The error given on my windows laptop when restoring is 21, not 2001.

Firstly I would take the motherboard out and give it a good clean with alcohol then check the actual battery connection on the board if its loose or residue. Try new battery after. Error 21 is battery related hope it helps