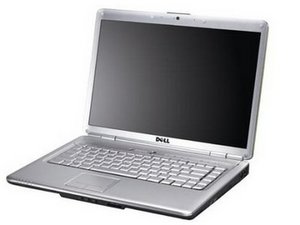 What can I upgrade to make this laptop faster?

I would like to know if there is any parts that I can change or upgrade to make it faster . if there is can you let me know what parts to look for .if someone can give me some advise in regards to that's I would really it .....

I have the same model of the machine in this question. I have the 1.6 Celeron processor, 500gb HDD and 4gb RAM. Dell specs say there is a 4gb RAM limit. Is there any work around to get the MB to recognize 8bg of RAM?

If i3 generation laptop yes you can add one more 8 GB RAM.

The Inspiron 3000 Series/3542 laptop is actually a wide range of laptops, with a wide range of features. We'll really need to know a lot more to give you relevant direction: CPU speed/type, RAM, HD especially. However, there are some no-brainer upgrades that will improve performance (and perceived speed) on any computer.

First step is RAM. The model has anywhere from 2GB to 8GB of DDR3L 1600MHz RAM, in a single stick. If you have 2GB or 4GB now, replace them with 8GB; 4GB is barely enough to get Windows running, and 2GB is just insulting. The limited RAM is made worse by the fact that the graphics module shares system RAM, rather than having its own dedicated memory. This means that when you're doing video-intensive stuff like games or movies, you have even less RAM to run the applications and operating system. iFixit sells a stick that will work, but the RAM is readily available almost anywhere.

Second step is storage. The Inspiron 3000 uses a 2.5" SATA III hard drive, but not a very fast one; the specifications say that all variations use a 5400 RPM platter drive. There are faster drives available, in order of increasing speed: 7200 RPM platter drives, hybrid drives (platter drives with very large RAM caches), and SSD (solid state drives). As you might imagine, the faster you go, the more the drives cost. SSDs usually have much less storage space than platter drives; a 500GB platter drive is well under $100, while a 500GB SSD can be over $300.

Those are the easy options; after that, speed bumps get a lot harder. If your CPU is mounted in a socket on the logic board, you may be able to remove it and install a faster CPU. But most laptops don't use socketed CPUs; the processor is soldered directly onto the logic board. Even if you could replace it, it's not wise to do so. The cooling system in the laptop was designed to cool down the CPU Dell installed, not the faster/hotter CPU you put in.

will the unibody Laptop dual drive work for this specific model?

I'm assuming you mean the optical drive carrier, which allows you to install a 2.5" hard drive in an optical drive bay? Then yes, assuming the Inspiron has a SATA optical drive interface and you transfer the existing SATA cable to the replacement drive.

If you were trying to install an Apple Superdrive as a replacement for a dead optical drive in an Inspiron laptop, it's remotely possible that you'd need to install drive-specific drivers from Panasonic/Pioneer/Sony, depending on who manufactured the Superdrive. While OSX includes the necessary drivers for Apple's installed hardware, you won't know whether your version of Windows (Linux, whatever) does the same until you've tried it out.

2.5" SATA hard drives and 5.25" SATA optical drives are essentially generic items with standard interfaces. As long as the cable in the computer fits the drive, the necessary drivers are installed and the drive is formatted correctly, everything should work.

These all some hardware steps which can fast your laptop:

1.Install external graphics card. It will increase graphic as well as processing speed too.

2.Increase RAM. In case of increasing RAM you have to check if motherboard is capable to handle the speed of RAM or not.

You cant replace GPU in this laptop its only in gaming laptops.

Install a Solid State Drive. Inexpensive and makes the biggest difference. The RAM helps only a little bit.