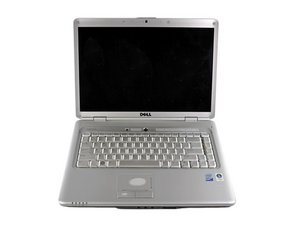 I just bought a brand new battery for this laptop, it came with 53% battery life and because it has been plugged in it hasn't dropped a percentage but will not charge. it says in the battery info that it's plugged in but not charging

does anybody know why?

I have just done a fresh install to Windows Vista after it was downgraded to XP and the recovery partition was not available so I had to reinstall the drivers, there's some displayed as unknown (Base System Device?), could that be a problem? before when it was on XP (with the old battery) if you took the charger out it would just instantly turn off

Your AC adapter is bad, though it can still supply power to your Laptop in a limited mode but the charging controller does not see it as a approved adapter, hence disables charging. Dell AC adapters have ID built in them, a failing chip inside the adapter or the broken wire(center pin) usually is the cause. Just buy an after market compatible one online, they work and are cheap.

Had this problem & realized (from this post) that someone had switched my AC adapter with one for a different computer... which happened to work in the sense that it provided power to the computer... BUT it didn't charge the brand new battery. Found the proper adapter and the battery is now charging perfectly. yaaayyy thanks!

I have also the problem that the battery won't charge.

I have already replaced the battery, the adapter and even the power board. It didn't help.

The computer runs well with the power cord. I had XP, VistA and windows 7 installed. It makes no difference.

I don't know what to try next.

Well, today I gave it another try.

I tried one more adapter today. I wasn´t expecting much, as I had already bought an aftermarket adapter and an original used adapter before, which both didn´t work.

This adapter though does work. I deliberately chose an adapter with an higher output. This adapter has 90W instead of 65W output. I am not totally sure, that this makes the difference. But after all it works! :-))

Here are few things to try:

1. Check if the battery works in another laptop.

2. Clean the battery contacts if you’re comfortable with it. Also check if it’s damaged or bent.

3. Try another battery. If this battery works, then you know for sure that the other battery is faulty. If the system is under warranty you can get battery replacement from Sony

Please fully charge (24 hours) and discharge for several times to see how long the battery working time is. hope can help you,thanks

Laptop dell inspiron 1525. Battery does not charge. It shows 75% charged but when i remove the charger, laptop closes immediately. Windows 7 ultimate original are installed. Latest bios are installed. There are no updates to be done. My charger is new original from dell. Any idea what sould i do or what should i replace on the laptop?

Hi I’m having the same problem. Did you find a fix for it yet? I’m hoping it’s not the motherboard.

3. Tray the battery in another laptop ...

the battery is normally charged in the laptop, not with a separate charger. How would I check the charger of the laptop?

The battery is new and ok.

After many attempts at solutions, the only way I found to resolve this was to remove the power cable and then plug it back in with as much force as humanly possible. I mean really, really press it in hard. The status then changes to "plugged in, charging".

I recommend to buy this one :

You can find a cheaper one on Ebay