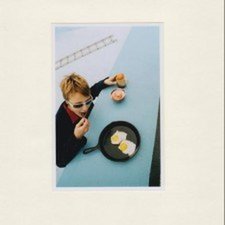 So it's time to put my MBP back together now and I'm wondering about how to put things back as they were secured with adhesives when i took it apart! i.e. the microphone, certain brackets, etc. What adhesive should I use to stick them back down again? Or do I need to worry about that at all?

From what I've gathered online you need Kapton tape - but is that only for near the circuit board where the temperatures are higher? Is is true the pros use that 3M spray for simple gluing jobs not involving the motherboard? http://www.bestbuy.ca/en-CA/product/3m-3...

I looked up Kapton tape but I would have to order it online and wait so long for it to arrive...wondering if I don't need it ?

As I said in Cleaning a logic board...:

The typical tape used in computers is something called Kapton, which is available from iFixit. Electrician's tape is generally resistant to the sorts of temps you get in electronic circuits, and the adhesive is weak enough that you won't damage anything when you remove it. That might be acceptable to you as a jury-rig solution. Apple tapes all the stuff down very carefully, because the cables are exactly long enough to route in their preferred way, and not one millimeter longer. Sometimes you need to tape that stuff down to keep it exactly where Apple wants it. Compare this to a lot of other manufacturers, who have tangles of oversized cables in their boxes, disrupting the airflow and taking up valuable space.

Kapton tape isn't conductive. As long as you're not trying to camouflage a DIY operation to preserve an Apple warranty (hey, you've been messing around inside this thing! Your AppleCare warranty is now VOIDED!), you can pretty much tape down anything you think needs taping. If you're following an iFixit guide, it's usually safe to assume that any Kapton tape you see is the Kapton tape Apple put there in the first place; replace as necessary.

(new comments) Of course, a lot of us don't keep Kapton tape on hand, so we use electrician's tape/masking tape/medical adhesive tape... or even nothing, depending on what works for the moment. I usually try to keep the original Kapton tape as intact as possible, because I'm lazy and cheap. If it sticks when I reinstall it, great; if not, I cuss a little and move on.

Cool thanks! Made another thread since that other one was initially on a different subject. Anyway so I'll use some electrical tape for brackets etc, but I guess what concerns me most is the microphone - i see that there was some kind of rubber (?) ring around it with adhesive on it that ripped off when I took it out, and its too small for tape. Is that where I'd need that 3M spray? This is my first time putting a computer back together so I have noob worries!

So, you're talking about the rubber cover for the mic mechanism shown at Step 18 of MacBook Pro 13" Unibody Early 2011 Microphone Replacement? You could get the 3M spray adhesive, if you want. My guess is that the mic head will stay in place just by friction from the surrounding bits - it's a tight space, and the bottom case will keep it from moving around. Or if it makes you feel better, some kind of adhesive tape tacking it down from the visible side (the actual bottom, once the computer is in use) should work, as long as the tape doesn't block a screw hole. Even if it does block holes, the metal screws will go right through the tape. As Shakespeare said, "screw your courage to the sticking-place, and we’ll not fail"!

Yes, that's the part I'm thinking of. It looks a little rough but sounds like it'll be ok from what you're saying. So it would be ok to use a little electrical tape there? Just don't want the tape to melt on other stuff.

Any other places where you have to use tape? Just realized I should have kept better track of where the adhesive was in general.

As long as you're not near a heatsink, a fan, or a power connector (MacSafe or battery), you're not going to be near any major heat sources. Take comfort from the knowledge that you are demonstrating prudent precaution. It took me a year of misplacing screws before I figured out that I could print out the take-apart guide and Scotch-tape the screws to the guide at the places where they came out, then screw them back in as I backtracked. You're way ahead; go get 'em.

Perfect, just what I needed to know. Also great idea for the screws! Thanks so much.