After a DataDoubler dual-drive setup was installed on a Macbook Pro 15" mid 2010, the airport card started playing up and then stopped working. Now the airport icon says 'No airport card installed'. I've changed the airport card and cable and that didn't work either. I've noticed two SMD components next to the airport/bluetooth connector on the logic board look burned. No components where broken during installation.

On this post Component (resistor?) broke off near ribbon cable (WiFi/Bluetooth) they list the values of one of the components but the components in my case are not mentioned.

Information on part numbers and order information of these components would be greatly appreciated! 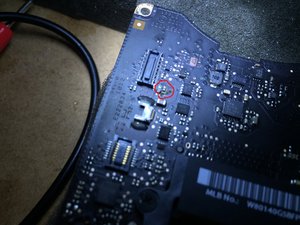 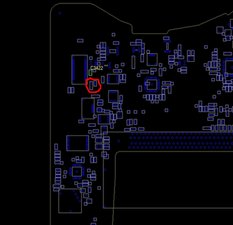