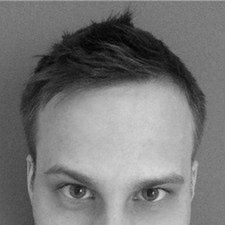 MacBook Air powers on automatically when MagSafe is plugged in

Its battery gave up not so long ago as well as its charger (which has been replaced a few times over the years) so both of them have been replaced recently. I've also replaced the built-in Apple SSD with a brand new Transcend JetDrive 520.

My problem is however (which has started since the battery has been replaced in the device by "an independent retailer and service" that when I unplug the machine and leave it to the battery, it sometimes just shuts down like it didn't even have a battery installed. The next time I plug in my MagSafe adapter (new as well) then it turns on automatically without even having to push the power button.

I've reset the SMC and the PRAM and even reinstalled the OS to the latest stable El Capitan release.

As I've also ran the built-in Hardware Test (in extended mode) and it's reporting no issues. (prior to the SSD replacement the system indicated a worn out SSD properly)

As I'm a bit hesitant to whether I should take my machine to "an independent service" again, I'm here to ask whether any of you had a similar issue or has a clue where I should be looking anyway. This has not been an issue prior to them replacing the battery (apparently brand new one that has the Apple logo and a serial number on it, but I don't know how to verify its authenticity really).