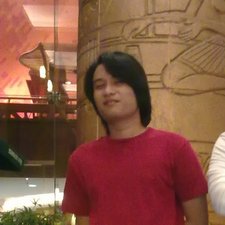 iPhone won't turn on or charge. turn on after reinsert battery.

This is starting to be a routine for me and it's getting really annoying. Is this a problem with the motherboard? Steps that i've tried so far :

Does the battery percentage go up while it's charging?

@ben yes the battery does go up. The phone works perfectly fine except for this exact problem where it dies and I need to replug the battery.

I would try a dock replacement, if that does not fix it it most likely a board level issues with the U2 power chip.

@michaeloberdick what does dock connector have anything to do with the phone dying? Power chip is more likely but if it really was the problem, wouldn't the phone be unable to turn on at all?

I think the fault may be the charging IC chip. Try another dock connector and report back first. No reason not to. Part is cheap and may solve the problem.

@benjamen50 thanks for taking the time ben. Will try it. I just want to know why do you think it's the charging ic / dock connector? What's the correlation?

Actually scratch that after rethinking, it's probably more the charging ic causing the issue but it's better to try another dock connector because that could be the fault and it's a lot cheaper and easier to try.

A faulty Charging ic can cause weird charging issues, dock connector sometimes might not work properly if they go faulty.

The dock is simple and fairly inexpsenive, any time there is weird power issues it is smart to rule out battery, dock, charging cables them self before you start looking at board-level work. Proceed as you like, this is just info I have learned over years of repair. Cheers!