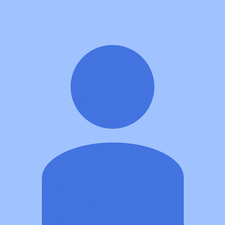 2 Stripped screws by the Memory Stick Any suggestions?

Recently bought a psp 1000. Planning to hack, decided to open it because one of the buttons felt tilted and only half of the button would be pressed feels like somethings under it. Took out the screws where the battery goes and the one on the bottom. Then comes the impossible screws. The two that are by the memory stick For 7 hours on and off , I've been trying to get these to turn. Yes they are stripped now, I have tried gorilla glue does not stick to the scew. I'm going to try regular super glue, but I have my doubts. I have tried rubber bands, much pressure, even tin foil. Super glue is my last resort, any other methods that Im missing? I need this incase, something breaks in the psp I would be able to replace it. Also i've been using a #00 philips screwdriver.

You can buy micro screw extractors, which supposedly work well (haven't use one myself). Super glue might work, but I haven't had any luck with this before.

I find the best way to deal with stripped screws is to grind a slot into the head with a dremel tool, or just cut the head off and use pliers to turn and remove the thread. This depends on how flush the screw is with the casing however, since this will likely get damaged as well.