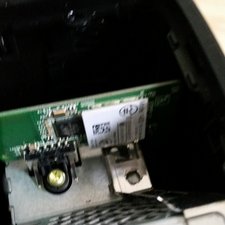 I can burn an CD/s with Tiger

Thank you, ive Got an question , i can burn an CD/s with Tiger?

I want to be sure I understand your question: You want to know if you can burn CDs with a Tiger installer on them, so you can boot from those CDs and install Tiger? In theory you can, if you have disk images of a Tiger installer. Unless you know someone with original Tiger disks on CD-ROM, those disk images may be hard to find. Retail copies of Tiger were available primarily on DVD, since most of the machines approved for Tiger had DVD-capable combo or Superdrives. It was possible to order them on CD, but those sets are rare. Apple's part numbers for the retail DVD disks are M9639Z/A or MA453Z/A (single user), M9640Z/A or MA454Z/A (Family Pack). You may be able to find them on eBay. Don't buy a disk set that came with a computer; those sets are locked to the computer model, so an iMac installer disk will not install Tiger onto an iBook. As I recall, the last retail OS that normally came on CD-ROM was OSX Panther 10.3.6.

Thanks, at the time I wrote the question I was a english newbie (Im from Poland) but now I learned a little about English and computers. Thanks, you fixed my G4.

Glad I could help.

My experience is that OSX 10.4/Tiger is the ideal operating system for most G4 Macs. Although almost all G4s are able to run 10.5/Leopard, the speed penalty on G4 processors is so great that it's not worth the effort. 10.5/Leopard is far more usable on G5 and Intel systems.

The one real benefit of Leopard over Tiger is the Time Machine backup system, but there are third-party backup methods available. Even though they're not as streamlined as Time Machine, the processor overhead is much lower.