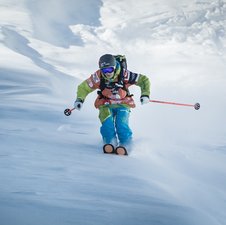 To give you a full background on this, I usually buy faulty iPhones and repair them. 90% of my repairs so far has been successful. But this one, is something else.

At first, it was a bad deal, and I will never do that again. The screen was shattered, and the frame had a pretty bad bump at the bottom. Before I started the repair, everything was functional. After the screen replacement, I couldn't manage to activate the device, so I restored it. After restoring, it worked. But suddenly, the phone was just searching, or showing "no service". I tried all software solutions, but nothing worked.

I decided to replace the lightning dock, with the antenna. After replacing it, I got service, and full LTE. After one or two weeks I was going to sell it, but then I discovered that it had no service again. Bummer. I almost gave up, as I had fixed so many other problems with this phone as well.

But I decided to try and replace the frame, because of the bump at the bottom. I ordered a housing with parts pre mounted. After a while, I recived the frame, and installed the motherboard. I also gave it a new battery. Now the service worked great. I had LTE, and was really happy! I tested it many times. A week later, I powered it on and tested again. The service worked great.

So I felt safe it worked as it should, and then I sold it. After some days the guy who bought it contacts me and tells me there is no service. Bummer, again. He lives nearby, so I told him I would take it back.

I am very positive this is a motherboard issue. And I am very close on giving up. But if any of you have anything that might work, I would be very very grateful for it. I am not into micro soldering, and if I want to I have to ship it to UK (I live in Norway) and I have already invested way too much in it. Any ideas guys? Can it be the SIM reader?

im not the best but have you tried contacting your carrier asking if your service is still up. probably the previous owner dropped it in water and damaged the sim reader. but good luck :)