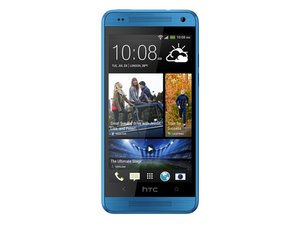 Previously, I broken a LCD connector: Are LCD FPC connectors that fragile?

The result is that my screen was no longer displaying correctly.

However, I managed to make it work again. It seems to be a contact problem. 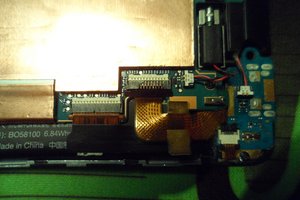 I tweaked it using a tweezer, but now I would like to know how to maintain the pressure permanently in order to reassemble my smartphone?

I do not have very sophisticated equipment. I tried with duct tape but it did not hold it with enough pressure. I thought of glue, would it do the trick? Below the golden part is the battery, so electronic components should not be damaged.

I have already made a huge mistake once, I prefer to ask your opinion on the best way to solve my problem rather than make a mistake twice.

There is honestly no really effective way to hold it down in complete honesty anything that you can use would only give you a temporary fix.

ive fixed quite a few devices during my time, and have run into this problem a couple times.

The most effective way to maintain the pressure, is to take a smaller flex ribbon head than the one you are fixing, and file it down on the end to a round. (so it doesnt damage the connector further.) after which, you apply it on top of the one for the screen, shimming it into the connector. the new head needs to be just the right size. if you do not have access to this, then you can cut down one of a larger size. just be sure to properly file it.

You can also use this as an excuse to tinker with your SMT skills, and try replacing the connector. (this is the easier SMT product to replace over the ICs.

Obviously OP’s problem is long since solved (or not), but this was the top Google hit when I had a similar problem. My ribbon connector (for a laptop touchpad) wasn’t outright broken, but after being taken apart and reassembled it just wasn’t staying connected without my finger pushing down on it. It wasn’t so much broken as it was just loose.

Based on some other posts (people shimming ribbon/FFCs with various bits of plastic or cardstock) and some thinking, what I did was to take the ribbon cable out, cut a piece of electrical tape that was just the same size as the ribbon cable head, and tape it on to the back, the non-contact side. This makes the ribbon cable slightly thicker, so that when you stick it back in, the clamp is adding more pressure on the contacts. That fixed my problem, so I just wanted to document it somewhere on the internets in case it helps someone else.