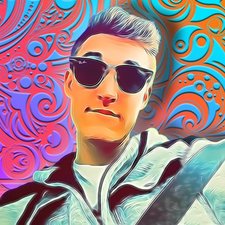 Is there a place in which I can purchase a new fan connector socket?

Okay, so I'm pretty sure most people have removed a fan from a Mac in the past if you're into computers and try to keep them running smooth. So, my problem is that, yes, you've probably seen this before, I accidently popped off the whole socket on the logic board for the fan connector. The tutorial I watched had NO disclaimer that you had to pop off the connector gently out of the socket. F*ck. Regardless of my ignorance, the Mac is decently old and the socket came off fairly easy, so I feel like it would have happened regardless if I tried gently. To back up that fact, when I GENTLY tried disconnecting the fan connector from the broken off socket (they were still connected together, but I wanted to seperate them) the socket literally tore in half. As if it was paper. The metal leads are torn and the thing is ruined. I was contemplating gluing it until I realized that the leads were donzo. Anyway, you can buy replacement fans everywhere, but all I really need is the socket to resolder to my logic board. In which I am comfortable doing. The thing is that I haven't found a thread anywhere online with this same problem. Can I buy the socket individually somewhere? Do I have to buy a new logic board? Maybe buy a brocken logic board and do surgery to retrieve the socket? I'm stuck and hoping somebody here has a better answer. I need my laptop :( Thankyou!

Griffin Thomas for the basics on this, the connector is a Pico-EZmate connector made by Molex. Part number for this particular one is 78171-0004 connector. The datasheet is available right here. The connector is available at places like thisas well as this one and many more. Here is a good example on how I popped off the fan connection from the logic board...Fix?

Thanks so much! Ordered one and its on the way! Love people like you

we can sell you one--fill out a quote request at www.mendonipadrehab.com and i'll harvest one off a donor board.

Hopefully you didn't rip the pads on the boards. Then you'll have to run jumpers