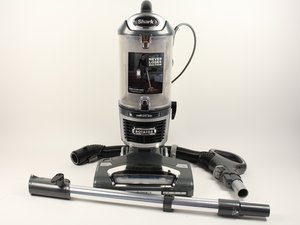 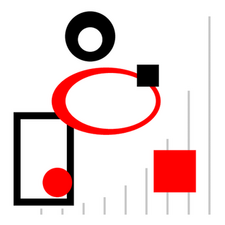 We have had three Shark Rotator Lift Away Speed (not powered) vacuums all fail in the same way. The wand release button stops working, and the wand cannot be taken out. We have returned the first two to Target, and are hoping there is an alternative to keep returning them.

Do you have the cord off the vacuum, unwound? As stupid as this sounds, if the cord is wound on the vacuum, it stops the wand from being removed! It essentially ties the 2 parts together!

Right. It works after the cord is unwound.

Wow. How stupid I feel now. Of course. The cord is wound around the handle and holds it from moving.

Wow, wow, wow. I have been trying to remove this wand for the last hour. However, once I read your post and unwind the cord, the wand came out. Thank you soooo much and as much as I like shark, this is indeed a POOR DESIGN.

I had my feet on the top of the of the dust cup with my toe pushing down on the unlock button and was pulling with all my might. DUH!

This would have been such a great moment in a sitcom for the densest person on the show to walk in and unwrap the cord and pull out the wand...

This has happened to me twice. First time it resolved itself - don't know how. This time I could not get the wand unstuck for anything.

Turns out the wand had been inserted slightly twisted in the housing. So the plastic tabs that hold the metal wand in place at place at the top were off-center and turned. You could see a bit more space on one side of the round housing than the other side and that held the wand so tightly it would not budge. This was not visible until I looked REALLY closely at the plastic housing where the wand goes into the machine.

I tried using a wrench to turn the wand but had no luck. Finally I resorted to a short flat-head screw driver and a hammer to tap the side where the tab was stuck until it gave. It took a few gentle taps and the wand centered itself. Works fine now.

So... if this makes sense and works for you, be careful about how you re-insert the wand.

Wish I’d seen your fix before I bought a new vacuum. Your solution worked for me. Attempts to lever it out with a screwdriver didn’t work. Now I have 2 vacuums and the 10 year old rotator is by far the better of the 2.

In order to remove my stuck wand I had to uncoil power cord. This actually allowed me then to remove wand.

In order to release my stuck wand I had to uncoil power cord from vacuum. Then, wand released.

I had same issues wand was stuck ! I tried all of the above methods then read to unwind cord .. can’t believe I didn’t see that cord was holding down wand —- presto it worked !

I am having the same problem as Sherry Fisher. I have just pulled the two apart forcefully but gently, to see if it's something I could fix. For me the spring has come out of the button, there must be another part missing that got sucked into the vacuum and tossed, because there is no way to out the spring back in, the way it is now.

That’s what I had to do unwind the cord like Shannon said. Once I did that the wand release worked.

My shark rotator will not lock the wand back in place. Have only had since Christmas.

I have the same problem, did you find a fix for it?

I just put my new one together today, the little lock will not pop out enough to hold the unit together.. It looks like a cheap, fragile piece of plastic. Really need an answer!

Really poor design! The plastic piece broke will not click in! I'm so frustrated looked all over but cannot find that part

Im having the same problem, wand stuck, button worthless. Will return to share the solution if it happens, HA!

Ok,for me it turnout the left-away button is broken.with small flat head screwdriver left the switch outward .once you do that you’ll see broken piece of plastic .you need to buy it through shark .i totally agree poor design specifically that piece is not strong enough to handle the mechanism of pressure.

I have another problem. The crevice accessory is stuck on the wand. Any suggestions?

Just happened to me too. Any answers? The only way I can get it to work is duct tape it to the lift away cannister.

You can’t order the clip for it. They sent me a while new vacuum. I was within my 5 year warranty. Seems like such a waste for a little piece of plastic. You could try to find a used pod somewhere also.

You can’t order the clip for it. They sent me a while new vacuum. I was within my 5 year warranty. Seems like such a waste for a little piece of plastic. You coils try to find a used pod somewhere.