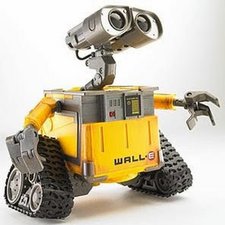 Why is my PSP not turning on or reading discs?

So my aunt gave me her old PSP a few months ago and it wasn't working. When I tried to turn it on, the green light came on for about 10 or 15 seconds, then turned off again, the screen remains black. I tried everything to get it to work, but to no avail. Then, a month later, out of desparation, I flipped the switch and it worked! It turned on, and I could play the game that she gave me. Then, a few days after that, it started doing the same thing as before. Then a month after THAT, it miraculously turned on but there was a new problem. When I tried to load up the game, it would start zooming in, you know, right before it shows the PSP logo, but right before it shows the logo, it would freeze. Then a week of this, it's not even turning on, only that green light thing. Is it a hardware issue? Can someone help me figure out what's wrong?

This is a video showing what I'm talking about (the green light thing) https://drive.google.com/open?id=14yIwRW...

Hi! What exactly have you tried?

I've tried to hard reset (Triangle, Square, Start, Select) which worked the first time, but now it's not. I tried removing and reinserting the battery and repeatedly pushing the switch to the on position. I think it isn't the battery because it wont boot even if it is plugged in with and without the battery.

Is there anything you would suggest me doing?