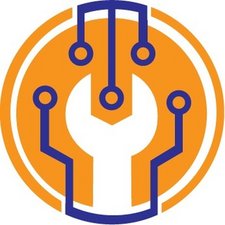 I recently got an iPhone 6s with a pretty badly damaged screen. The screen worked, however it was completely cracked and there was a black bleed mark on the LCD. I ordered a screen and began replacing it.

After replacing the screen and hooking everything back up to the logic board I got a black screen. I absolutely made sure to disconnect the battery before ever touching any other part of the phone. I have also tried connecting it to iTunes and got as far as it asking for the passcode which I cannot enter as the screen does not work.

Now here's where it gets hairy and I'm stuck, after looking through the various other similar questions I attempted to test if thew screen was bad by replacing the severely cracked screen, which I knew worked. After taking all the assembly parts off the new screen and putting them back on and trying to plug it in, I got nothing.

It's still being recognized by iTunes, but now no matter which screen I have plugged in I get a black screen. I have a sinking feeling it's going to require board level repair (which I can't do, yet) but I'm hoping maybe someone here can see something I can't.

If there's something you think may help me get this problem remedied or you need more information on what all I did to it, just ask and I'll happily provide more info. Thanks everyone.

I did disconnect the battery. Do you think maybe it could be anything else?

Only other thing I can think of is long screw damage under the two screw holes under screen connectors, but I don't think that would cause that specific issue like that.

Ok. I guess I'll have to send it in to someone that does board level repair to find out. Thanks.

let me know how it goes.

Backlight filter Gone, this happens once in a blue due to static or mis connection (both 6s 6sp remains with power in the last 3 pins of the connector 3.8v, if battery stay connected and even its off) . use an anti-static wrist band wen doing 6s 6sp.

It's definitely possible. I always make sure to use both a anti-static mat and wrist band when doing repairs. Thanks for the input. I'll get it checked out. Any microsoldering company recommendations?