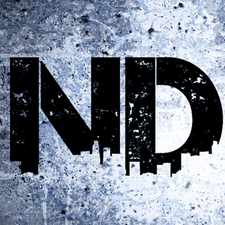 MacBook won’t power on and got super hot

I have a MacBook Pro and it was working a few days ago, however today when I tried to use it, it wouldn’t show anything on the screen, plugged in the charger waited a few minutes and nothing. After that I tried resenting the SMC, and I could see the light go from orange to green and then orange again, but still nothing. I could hear some really light noises for a moment when I pressed the power after the SMC reset but nothing. I left it charging and after a few hours when I came to check, the LED was green but the MacBook was super hot. I have now taken it out of the charger and used some fans to cool it off and keep it cool.

I would like to remind that I have personally changed the screen of this laptop 2 years ago, and one month ago I cleaned all fans and replaced the thermal paste and the MBP was working fine however the battery was already pretty depleted for a year now and would only hold charge for 2 hours, with sometimes the MBP turning off at 15%.

I am currently in the US in vacations and don’t have my ifixit toolkit here.

I don’t think it’s your battery nor the screen

have you tried resetting the PRAM ?

do you have any boot manager or EFI modifications programme install with your administrator account ?

or have you recently dual boot a different OS ?

try all of the above, and if it’s to no avail try pressing and holding down cntr + s when you notice any sign of response after pressing the power button that should try placing your macintosh to default startup behaviour

hope one of these help fix your problems

I will try resetting the PRAM.

The MBP does not show any type of booting behavior though.

Okey so I held the buttons to reset the PRAM and tried to turn it on, and it booted, however in the loading it just crashed wierdly, there was sounds and keyboard was working but black screen and no fans. I was able to see that the battery was at 22%, while it was supposedly fully charged during the afternoon, so I got the charger plugged in and I was able to restart it and it is now working fine.

I will now order a new battery.

Yup GPU is soldered on and changing to dGPU is on.

It is working properly now, although temp averages went up. The overheating probably ruined the new thermal paste I had installed, so I will have to do that again and replace the battery.

you seems to know what you're post to do

Since you’re here in the states why don’t you order the needed replacement battery as shipping can be tricky depending where you hail from!

I think you need to start off with a good battery. I would hold off charging it any more as you don’t want to damage the system.

The thing is I don’t have my tools here to test trying to booth without any battery plugged.

I am from Europe and will be back in 7 days and hopefully will have good prices in case I need to order something.

fortunately I didn't dispose the one I replace them with had to go back to it. It only hold 2:30 hrs charge but it's consistent

so good luck getting a better one bruv