A personal computer that resides in one location with its core components inside a case separate to third-party peripherals required for operation, such as a mouse, keyboard, and monitor. 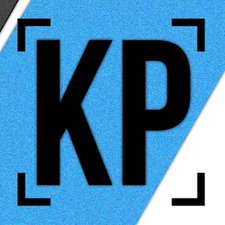 I've actually had previous RAM in this board, of which the retailer said was the issue causing it. but it continues. i did have an i3 8350k too, but sent that back since it was trash. but this issue persists.

I've tried multiple fresh installs of windows on both of these drives, with and without the GPU.

I've tried many outdated and in-date drivers as I can. definitely don't think its software sided.

I've used memtest 86 for over 12 hours, no issues. Intels burn/diagnostics check says the CPU is fine.

My issue happens playing games, idling listening to music, netflix, youtube. even when noaudio is plugged in or on, it'll brick up for a few secs then go back to normal.

Anything else I can do to fully determine the fault? I used this same PSU in my old system (4th gen i5 with no issues)

I assume OC'd on your graphics card means "overclocked"?

If so have you tried resetting the graphics card back to its' default settings and see if it changes anything at all with regard to computer freezes and audio problems?

Hi, thanks for the reply - I’ve tried this overclocked, not overclocked and even without the GPU.

I’ve unplugged everything but the necessary things, so leaving out the 2nd drive, the gpu etc. I’ve done BIOS updates too with no luck at all. I think it may be the Board, but i’m uncertain.

Just some ideas to try and eliminate things and narrow things down so that you can perhaps control when it occurs more easily and therefore find out the cause.

Have you checked in Event Viewer (right click Windows Start button > Event Viewer) to see if there are any Critical, Error or Warning Events listed at the time the problem occurs?

Does the problem occur only when you're online or also when you're off line i.e. using programs that don't require internet access?

If it only occurs when using the internet how are you connected to the internet, WiFi or Ethernet?

Intermittent fault finding is never an easy process. Once you can make it happen you're halfway there to finding out why it happens, so you got to try different things as you already have been doing ;-)

Hi, I've tried in safe mode, without audio - I'll try with disconnecting the WiFi/ethernet cable too and report back!

Distributed COM error too , means nothing to me I've no clue.

I forgot to mention, I've used 3 different PSU's too (friends' ones) so i cant see it being that.

Looks like you have tried everything. If the problem persists with a USB Windows 10 PE or Linux Live and you have set the BIOS to “factory” and it is only 2 months old your retailer or MSI should replace it.

Have you checked for any short circuit with the case, bending of the motherboard, loose screw stuck underneath, incorrect cabling, etc.? That sort of thing.

Just reviewed your comments. Did you mean hard power off from the power supply or what?

A hard power off IS very BAD for electronics. Alway use “soft off” from OS then you may hard power off with switch on power supply. It may confuse BIOS’s as well.