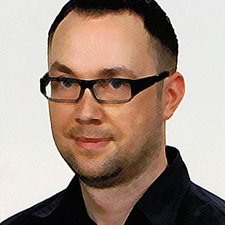 When I turn on iMac I get the chime and after some time blinking question mark inside the folder appears.

I have tried all combination keys on mac wireless keyboard and Windows USB Keyboard but nothing worked.

Then I replaced hard drive for brand new SSD but that didn't change anything.

What else I have tried:

1) All combination keys I could think of. On original mac wireless keyboard and Windows USB keyboard.

Whatever combination I use, doesn't make any impact on the boot process and a question mark appears after while.

2) I plug USB Stick with a bootable system and also System on CD but none of the combination keys worked. I'm unable to eject CD using the Eject button on the keyboard. I can only eject using the mouse while starting.

3) I have replaced batteries on the keyboard and when I turn on with side power button I can see a green LED briefly turn on. Caps lock LED doesn't work but I don't remember this working ever.

4) I have removed all but one RAM memories.

I spent the last few days researching the problem but all point to faulty HDD which I already replaced. What could be a problem? Anything else I could try?

Are you sure the USB drive is bootable? Did you try testing it on another Mac?

If the answer is yes, then you’ll need to try that again but this time you need to use a USB keyboard so you can enable the Startup options. Press and hold the Option (⌥) key to gain access to the Startup manager so you can select the USB boot drive.

Now you should be able to run Disk Utility to format your new drive. Let us know how it goes.

Now you do have one last issue here as the 2011 models intro’ed Apples use of a custom drive. You’ll need this OWC In-line Digital Thermal Sensor for iMac 2011 Hard Drive Upgrade for either an off the shelf HDD or SSD.