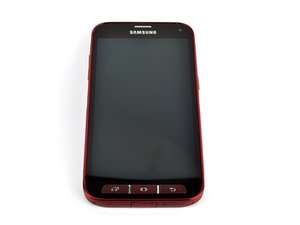 The Samsung Galaxy S5 Sport is Sprint-exclusive and designed for fitness enthusiasts.

Refuses To Charge and Dies Quickly

Hey! I have had this phone for almost a year, my ex gave it to me and I'm not sure how long he had it. Anyways, it was working fine but one day I tried to charge it after it had died, but whenever the charger plugs in, it shows a picture of a battery and a little red light appears, it didn't do that this time. So, I tried to hold down the power button and the screen would say “Samsung Galaxy S5”, well, it did that but then it instantly shut off. I left it alone for a while, occassionally taking the battery out, and it finally worked. Well, i havent had any problems from it since, but i went to charge it today and the charger wouldnt work. It gave me an alert, saying to open my galaxy apps app to allow the sharing charge to just go to my phone instead of the other device. That was absolute greek tonight, especially since it was my normal charger plugged into a normal extension cord. My phone would vibrate as if it were charging but it wouldnt do anything. It would vibrate and then stop constantly. It would die and the image of the battery would appear then disappear over and over. Not even the little red light would show and it wouldnt tell me what my phone was at already. But once i turned it on, it would tell me it was at 12% and then i would search around to see what was wrong and it would die really quickly. My phone wont even charge now and i dont know what to do. I really dont want to have my phone completely screwed over.

Try another charger first just to make sure that isn’t the issue, but it pretty much sounds like a battery issue. Luckily that’s a pretty easy fix, you’ll just need to find a replacement :)