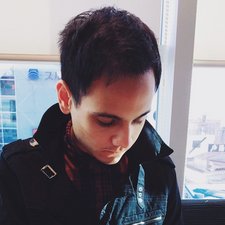 I’m having several issues with the battery, and the problem is mine and my own (i leave it always plugged in... my fault)

I have already tried resetting the SMC but it does nothing, I also attach CoconutBattery screenshot. I would like Apple to replace the battery but my nearest Apple store is almost 1000 km away! (i live in Mexico) so is it not an option.

I would like to calibrate the battery, but everywhere says I have to deplete it completely first and then charge it to the fullest plus 2 hours, the problem is that I cant fully deplete it because it always shuts down before it gets there!

Maybe the life span of the battery has shortened, but I still want the battery reading to be accurate, What can I do?

I sent my MacBook with a friend travelling to Los Angeles, they checked the Mac at the Apple Store and as described, the battery had a problem, BUT they also had to supossedly change the Keyboard because the battery was attached to it? (…?) and my keyboard has a Spanish Layout and they only have English layout, and in total it would cost $350 USD + Taxes…

I called my friend in LA and obviously told him not to leave the Mac there because the price was excessive, i would rather purchase a battery replacement from IFixit and change it by myself

I ended purchasing a new battery kit from iFixit and managed to change it myself, now the MacBook is working perfectly. Macbook was not in the replacing battery program

First you didn't cause this! As David posted your system is one of the unlucky ones wit a bad battery.

See if you can get them to ship you a shipping box so you can ship it to them. Otherwise you'll need to make that trek to the Apple Store.

Thank you Dan, but my serial number is not in the range of affected models :/

Ouch! I would still make the trip to the Apple Store as your battery has failed! It should be covered under a warranty exception condition.

Plan your visit for a Tuesday mid morning if you can this is the best time as the staff is rested from the weekend and not jaded from the all of the customers.

Be polite but firm, you will likely need to push a bit ask for the service manager if the first person gives you a no, Then ask for the Store manager. If all of them give you a no ask for the regional managers phone number and you want to submit a email note to big Tim as well.

If you are a long way from an Apple Store, such as where I live, you can request a depot repair and Apple will FedEX you a shipping box overnight.

Problem is that until we keep on buying Macs with unreplaceable batteries as they are firmly glued to Aluminium, Apple will feel confident in charging customers for the full Topcase replacement, including otherwise perfectly working keyboard, function keys bar, speakers, trackpad, etc,etc...for 350$ plus taxes.

That’s in my opinion a short sighted and devastating approach for the planet and our pockets, with depletion of raw materials stocks, environment emissions, and a kick in the face of future generations for pure greed..but, enough for the rant..time to wear gloves and replace the battery yourself..here’s the needed kit:

It's not shortsighted. It's just plain greed to glue these batteries in to try to prevent the user from replacing the battery for under $100.

Check to see if your MacBook is affected by this known problem. You can send it in for repair.

I already checked, my Macbook Pro has all the symptoms, but the serial number is not in the range of affected models :S

Leaving the system plugged in in its self is not a worry. In fact I often leave my systems plugged in. Living where you do you likely have dirty power and the risk of lightning strikes. Even in a city you can encounter power issues as well. Here in Boston where I live we have a old power grid and some buildings wiring is very poor.

So I do strongly recommend you get a good UPS like APC 1500.

You should make sure your outlets are properly wired and your buildings breaker panels ground service is properly tied to grounding rods or metal water pipe exiting the building.

I have the same problem and just chatted with the Apple support guy. He figured that my macbook is under this Service program. I am not sure if this causes the problem but will bring my lap to the shop next week. You may also want to check if yours is eligble for it. 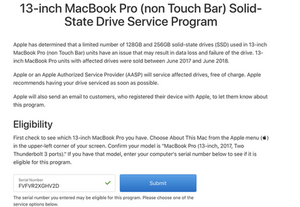