The second generation HTC One—dubbed the HTC One (M8)—features a dual flash and the new Sense 6 UI, and was released March 25, 2014. 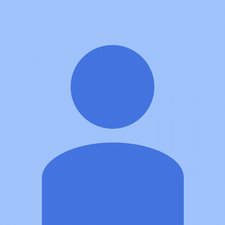 Screen ghosting after replacement of micro USB board

After years of use for my HTC One M8, the micro USB port had finally become loose and charging required shoving things by the charging cable to make sure charging would occur (which even then sometimes there was a problem). I decided to repair the part myself and order a repair kit from Unifix Direct on Amazon. I did the repair and discovered immediate screen ghosting after the new part was in. It turns out my phone required the single pin version of the board as opposed to the double pin version.

After buying a replacement single pin board, the phone began to work properly until I happened to drop it in its case (which caused the screen ghosting to return). I opened up the phone again and redid the install to see if something was loose but it produced the same screen ghosting result. I was going to check the screen connectors but got busy so didn’t get a chance to do that. Oddly enough, after almost a week of sitting open the problem disappeared without having done anything to rectify it. Unfortunately, a few days later the problem returned out of nowhere as I put my phone in my pocket and took it out to see the screen ghosting had come back.

I will definitely be going back into the phone again, but need more knowledge before hand so I can fix it once and not keep opening it (about the third or fourth time I’m opening it now). I’m hoping someone would be able to provide some feedback about the situation as I’m wondering if putting the wrong part for the micro USB board in the first time has caused something to fail elsewhere in the phone. There may very well be a screen issue, but there were none until I opened my phone up for repair and put the wrong part in. I’m hoping I don’t need a new screen to solve the problem, as I’m hoping to replace this phone soon, but am concerned that may be my only option at this point (even though screen replacement is more invasive than micro USB board replacement).

Any information or diagnostic techniques would be greatly appreciated as restarting the phone does nothing and redoing the board connections didn’t seem to do anything either.