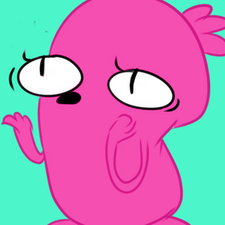 My iPad is stuck in recovery mode

I got it secondhand, it isn’t damaged at all but apparently it was left uncharged for a little while and now it has the recovery mode screen. I’ve tried initiating recovery and I can only get past this screen like 1 in 5 tries, but even when I get past it and it says it’s in the process of recovering it, the progress bar fills less than a tenth of the way and won’t go further even if left for hours.

is it totally bricked? Would it even be worth the trouble of taking it to a repair shop or would that be just as expensive as getting another refurbished one?

EDIT: I’ve tried flashing it with 3utools, and I’ve tried directly downloading the IOS to recover it in Itunes, but both end up getting stuck eventually. Recovery gets stuck at 90% and flashing gets to about 20, when it starts unmounting the filesystem, but it’ll stay this way for hours. It also doesn’t seem to want to stay in DFU mode long enough to recover anything, it boots out of it and then tries to recover normally which it can’t

Try restore in DFU mode, or use third party software like 3uTools instead of iTunes.

I've tried it with DFU to the same results, and I've tried flashing it with 3uTools but it seems to get stuck around 20% while unmounting the filesystem? I don't know if it just takes a particularly long time but I've left it like this for quite a while with no progress. It just seems to be in a recovery loop where now it doesn't say to connect the device to Itunes it just immediately goes into the progress bar of recovering but gets stuck when it's at about 90%

Are you sure you’re using an original or MFi certified cable for restoring it ? You might have a communication issue but it can depend on a number of things, a bad cable, a dirty charging port or a logic board failure. Try also to put the iPad into restore mode, same procedure as with DFU, but with lightning cable plugged into PC. If everything fails you will eventually need to find a reputable microsoldering Pro to have a chance to get it back working.

The cable could very well be the problem, it's like a generic gas station charging cable. Thank you for the suggestions

@belle Then either you buy an original cable from Apple or go for the best MFi certified ones. Beware of fake MFi, bigger marketplaces are full of shameless chinese vendors claiming certifications they don't have.

Put iPad into DFU mode doesn’t operable, we can’t turn off iPad when it stuck in recovery mode. We should fix it with force factory reset but will lose all data on iPad, force restore it from iTunes.

Or use the tool to fix iPad stuck in recovery mode without losing data.