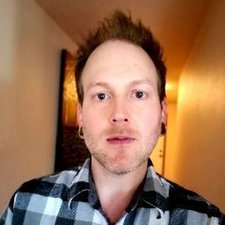 Mac mini powers on (with chime), but no video and fan not spinning

I already owned an SSD and 8GB of RAM to upgrade the system. The listing stated that the Mac did not include a hard drive, but works perfectly.

After opening the Mac Mini, I quickly realized that this was NOT the i5 version, but is the i7 server edition with the 2.6 GHz processor (pleasantly surprised). I successfully installed an SSD, and went to power the computer on and… nothing.

The chime sounds, the light on the front lights up, but the fan does not spin, and there is no video signal (I tried both HDMI, and mini-displayport). Wired keyboard IS being recognized (I successfully reset the PRAM, etc), but still no video.

I have tested the RAM (on my MacBook Pro 2012), and the RAM is fine. I got a GREAT deal on this Mac ($110 after tax and shipping), so I would like returning it to be my last resort.

Does this sound like a bad logic board? Would I be getting the boot chime, and having the keyboard respond if the logic board were bad? Could the CPU be bad?

This has integrated graphics, so there is no GPU to fail…. If anyone has any recommendations to solve my problem, I would appreciate it. Thank you.

Are you able to get the system in to Target Disk Mode?

Press the T key on a USB keyboard when you restart the system. Does the display show the FireWire & Thunderbolt icons?

Quick update. After a ton of troubleshooting last night, I installed the SSD from my Macbook Pro (that already had MacOs, all of my programs/files, etc), and was able to get it to boot. Fan is spinning, bluetooth M/KB set up and working, display works, etc. I thought I was good to go, but this morning I went to use the Mac... and I just have a black screen (then, my monitor says no signal after a minute or two on the black screen). Several reboots, same thing. Any suggestions? I feel like there is a bad handshake between my monitor and the Mac Mini as far as video input/output. I have tried the HDMI port, as well as mini display port and they both do the same thing. Tried a different monitor (TV) via HDMI, and have the same issue.

@danj Hi Dan. No, I have not tried that yet... but, thought I had my problem solved. Please see the post I just made, and let me know if you have any suggestions. Thank you!

UPDATE- I figured out my issue. The issue was NOT with my Mac Mini at all. It was actually the TV/monitor I had it hooked up to. My TV/monitor has a "quick start" feature where the TV never powers completely down. This must have screwed up the handshake with the Mac Mini video output. I turned this feature off and rebooted, and guess what?... Everything works perfectly now. 4 days of testing and powering off and on, and all seems stable.

THANK YOU! I tried everything, and even wasted $40 for a mdp to hdmi cable. All I had to do was hard reboot the television. Don't know why that did not occur to me.

Frustrating isn't it? I've just updated my 2012 mini mac but I can't get it to talk to the monitor. I can hear the start-up chime so I can assume my work was correct, and the monitor will happily take an HDMI feed from other devices.

It does sound like the logic board has a problem ;-{