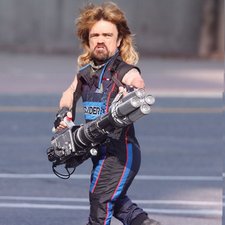 Complete Noob—Just made a trade, want to upgrade; need validation!

So I am completely new to all this DIY computer—anything; but am SO excited for this journey, and feel blessed to have found site. Seriously, I can already tell this place is going to be my partial home for this next segment of my life haha.

Anyways. I’m a student and am a huge iPad fan right now. I’ve been making trades on FV Marketplace, and realized I kind of need an actual desktop for some of the programs I need to run in school, as well as the Music Producing and Video Editing I am just now getting into!

I DO want a desktop set up as well though.. especially w/ sidecar functionality! My most recent trade 2 days ago resulted in my obtaining of a brand new (in the box) sealed iMac (21.5-inch Retina Mid 2017) Intel Core i5-7500 @ 3.4 GHz (4 cores) for $1,000. It was an impulse decision. I feel like it wasn’t as good a deal as I thought it was in the moment.. so after finding this site, and really looking into the DIY upgrading.. am now I’m considering selling it immediately, and purchasing different, more easily upgradable setup for a desktop (iMac, iMac Pro (older versions)).

OR, going forth with upgrading this admittedly sleek machine I have in front of me right now. I know, I opened the device, it already lost value.. but I bet I can get close to my money back.

Nonetheless.. what are your guys opinions, for the long run, and if I’m trying to put money into a machine now (and over the next year or so) in hopes of having a machine I can use to efficiently edit videos/produce music, etc for the coming years.

—> Could I instead just replace the ”normal/factory” Fusion Drive w/ a ”newer” (?) OWC Aura Pro X2 SSD, instead? (according to the above guide, but instead using the Aura SSD instead of the Crucial MX500 SSD recommended a while ago in the guide?)

Thanks SO MUCH for any help guys and gals.

I know this was a lot thrown out at once, and probably a lil’ disorderly.. I apologize as I don’t really know where to start with learning this foreign new language!

This system comes with a Fusion Drive model which has both drive ports are available and in use. The PCIe/NVMe blade port has a small SSD 32 GB used as a cache drive for the larger SATA HDD 1 TB.

So you’ll likely want to replace the blade SSD with a much larger one when you get to the point of needing the faster performance when you are working on larger videos. I would get to a 512 GB or 1 TB blade drive OWC Aura Pro X2. Basically, it’s not the first thing I would upgrade.

The RAM tends to be the larger need when editing music & video work. So that would be my first upgrade within the system, boosting it to at least 16 GB of PC4-19200 DDR4.

For now leave the system as it is as I’m sure it offers the needed performance you need presently.

Use your system see how it feels and invest into the programs you’ll need for what ever you need to do for your classes, for now save your pennies!

As far as your iPad Pro

I think you’ll find it is quite useful but not for rendering or deep processing. That is better suited for your iMac. I have a older iPad Air2 which I do need to update to a newer model. When I go deep in the woods I use it to preview the images I shoot, its really just on the edge of being useful as I wait… But My needs are likely very different than yours. Having an iPad for school is quite handy as its size saves your back with all of the other gear you’re hiking around with and the books! When I was at school over 50 years ago I needed to carry a 30” slide rule! Which always stuck out of my backpack.

Thanks SO much! I really appreciate the depth, relatability and analogies. You rock man!

I'm just curious however, in regards to the https://www.samsung.com/semiconductor/mi... how does an equal capacity USB 3.1 drive compare, like these common sleek Samsung "waterproof" flash drives: https://www.amazon.com/Samsung-BAR-Plus-... ?

The USB-A Thumb drive requires a USB-A port to use.

The Samsung T5 uses a cable which offers a USB-C 3.2 interface which fits your iMac & iPad Pro directly via the Thunderbolt 3 connection and offers faster throughput than the older USB-A 3.0 connection.

@danj True! I guess I was just asking in retrospect, as I have an adapter for USB-C to USB-A (and I was thinking with respect to transferring files for usage of older university systems). However, those are rare occasions, and your suggestion makes the most sense!

(1) Could I use the Samsung T5 as (external SSD) as opposed to the OWC Aura Pro X2 (internal SSD replacement)? I saw a guide that allowed your "system boot" or something of that nature, to be drawn from an external drive (altering copying the internal drive over, I believe).. would there be any drawbacks to this? Also - if is is possible - would it have the same improvements as internally replacing the factory standard drive? Would there still be hindrances, or at least LESS improvement than 'opening the hood of the iMac' for SSD drive replacement?

I'm going to work backwards through the questions:

The iMac is more powerful processing power; ability to edit video and audio at the same time

Personally, I would keep the iMac - I just received the same computer for work and I'm already planning to buy one when I have to give this one back.

@princeunicorn — Thank you so much for some insight, I truly appreciate it man! You know, my original thoughts were "theres no way a DESKTOP of any tier from Apple, especially as new as year 2017—WOULDN'T be able to handle some heavy duty video editing!"

But then I started digging through forums and sites like these, and honestly it kinda scared me a bit at first!!! xD

Of course, in hindsight it's probably largely due to the immense spectrum of necessity that a term as ambiguous as "computer user" holds... I guess I just don't fall into the category that NEEDS 128 gb RAM at the moment.. lol!

But if I am to pop the hood (especially for this model, in which I have read on here is a tad trickier), I am going to go (semi) all the way! However, being highly meticulous, and only after proper acquisition of necessary tools.

All the way would be 32gb RAM and an SSD, or even better (better SSD) being something like you said, "OWC Mercury Electra (6G)" ?

Is there much more that Id even want to do with the hood popped?