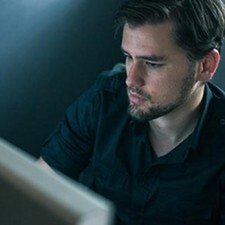 Just bought an Apple Thunderbolt display off Craigslist, 27” (A1407 2011 model). The backlighting on the display bugs out when it’s at full brightness (as far as I can tell, the display works as intended at half brightness). I got a deal on it - so I’m mainly wondering if it’s something simple that I can repair, or if I should try to run down the person I got it from for a refund?

As I increase brightness to much beyond halfway, a few things happen:

@danj and @oldturkey03 – you've both had great thoughts on similar problems would love your thoughts.

Maybe this one is related too? Brightness can be set only on low setting

There is only two parts involved with the backlight: the logic board which is has the MOSFETs & inductors which controls the three backlight strings and the display assembly its self which has the backlight LED’s.

Your symptoms implies the LED driver logic is messed up on the logic board. If you want to try to fix the driver logic you’ll need to grab the schematics - board: 820-2997 drawing: 051-8774

Also there were some indications in other answers that buzzing because of brightness volumes were an indication of power supply issues - do you think that's a possibility?

Coils buzz! You have three on the logic board (inductors) and you have a few coils within the power supply. Basically, either could be the source! Given the backlight its more likely the logic board inductors.