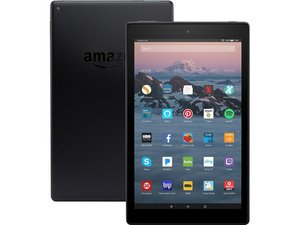 A repair page for the Kindle Fire HD 10 7th Generation Tablet/E-Reader by Amazon.

Identify this chip// or diode?

Please help me to identify this.. Connected to usb charging circuit, Becomes too hot when connected with usb but fire hd 10 does not charge.

Is this a diode.. Has marking L2 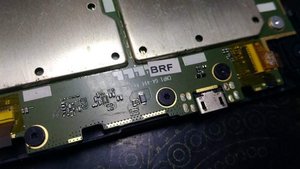 faisol kabir  … looks like a schottky rectifier diode. check the specs here and see if this matched your application:

typically, the diode will not be the issue in the charging circuit but the ic itself. this can fail and depending on where the diode is in circuit, it will overheat while preventing the backflow of current. you can test the diode as normal out of circuit to see if it is only allowing voltage drop in one direction. if its allowing drop in both directions, replace it…if not check on replacing the ic.

I had this issue as well. Diode had failed short. I removed it and now can charge fine. Was either a very poor design to “protect” against reverse polarity (still “kills” the tablet), or it was a zener/tvs diode and it “saved” the tablet from a bad charger putting out a voltage a good ways higher than 5v.

I have a MMBZ5V6ALT1G that I have laying around that I’ll try to cobble in there (SOT-23, should be able to get at least one of the internal diodes soldered down). The 6V2 part would probably be better to use since the 5V6 can start breaking down as low as 5.3v. Maybe this is what the original part was and this is why it fails?

I could just leave it off, but I feel like I’d be one step away from a bad charger taking the tablet out for good.

I've got the exact same problem. One day the tablet was charging then it suddenly made the sound it makes when the cable is unplugged. I had only reached about 19% and no longer showed that it was charging. I tried using other chargers and cables and even plugged it directly into my PC's USB port but the battery just continued to discharge until it was totally flat. There was an electronic burning smell so I opened the tablet up to inspect the board and found that the component shown in the pictures above was getting extremely hot (I burned my finger on it). When you removed this component from yours, did you leave the circuit open or did you bridge it somehow where the diode used to be? I've simply removed mine but the tablet's still not charging.

You could leave it open. Definitely don't want to bridge it. When taking mine off, there was what looked like a piece of the old part still on the board. And it was going to take a lot of heat to get it off the board - so I didn;t take it off. When I looked carefully, it was really close to causing a short so I had to clean it up and inspect with a magnifier. Yours still might be shorted where the part used to be.