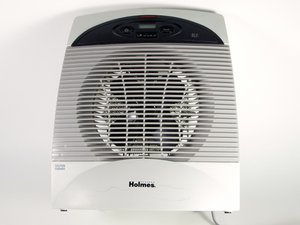 How to fix my Heater DeLonghi Bend Line HFX65V20?

My DeLonghi Bend Line HFX65V20 stopped responding. I took it apart. There is a component that catches my attention, I do not know what it is or if what it has on the outside is normal or it has melted. I need help. I leave you photos so you can study it . 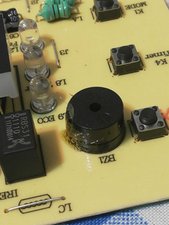 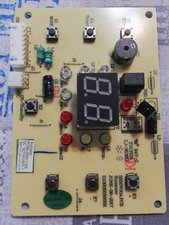 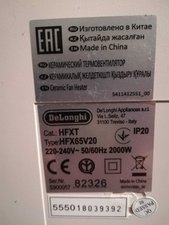 Do you think that component is in bad condition?

What is that component?

Thanks for you answer.

Let’s me show the other board: 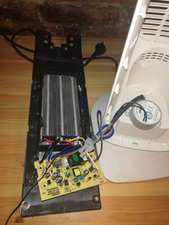 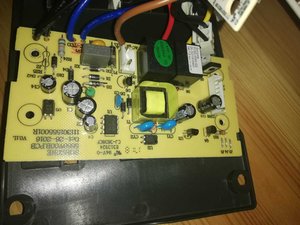 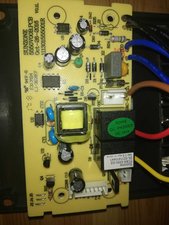 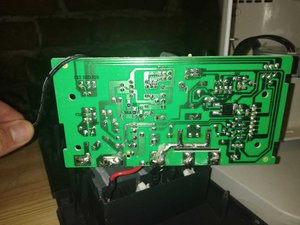 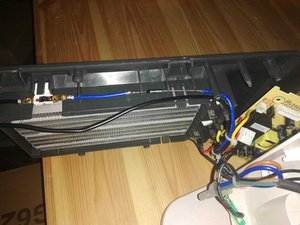 At first glance I cannot identify problems here. The bz1 was my hope, because I do not have the expertise to discover the problem myself if it is a component that externally seems good.

The designation BZ1 indicates that it is a buzzer.

It provides the “beep” when the unit is turned on or when the is an error on the display screen.

It doesn’t appear to be overheated or damaged as it looks like some glue has either dripped onto it or has been deliberated put on it.

Here’s a close up of your image. As you can see the substance appears to be covering the case that’s all. 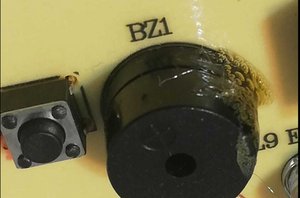 Even if the buzzer failed it shouldn’t affect the operation of the appliance except that there will be no beeps.

As you say the power board looks OK.

Can you post a close up image of the component under the heater as marked in this image below? Also check what information is written on it to help identify it. I don’t know about your heater but sometimes a thermoswitch is incorporated in the power circuit to shut it down as a safety feature if there is a problem with the temperature control as you don’t want to start a fire. Not sure what the one covered in blue is though. 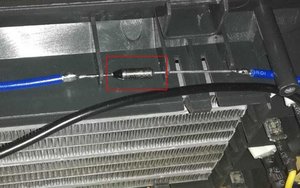 You would have to start testing components using an Ohmmeter first (less dangerous as there is no power connected to the board) and hope that something shows.

Start with the fuse F1. Even though it looks OK that doesn't mean that it is OK. The Ohmmeter will prove that it is electrically OK.

If the fuse is OK then the diodes would have to be tested as the circuit works on DC voltage even though AC voltage is supplied.

After that, point to point testing using the meter would need to be done to find out why there is no power from the board when power is connected to the input.

Presumably you have checked that the power outlet that the fan is connected to is working OK? ;-)