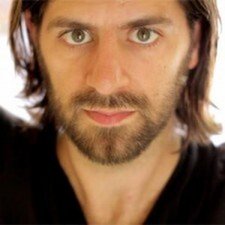 Last night I replaced the battery with the iFixit kit. Everything seemed to go as expected until halfway through the battery calibration process.

After completing the replacement procedure I left the laptop on charge overnight. By 4 am the power indicator had switched from red to green and around 8 am when I unplugged the laptop and opened the lid, they keyboard backlight was illuminated but the screen was dark. When I pressed and held the power button I heard the computer shut off. Then, when I powered it up everything booted fine and the battery indicator showed that it was at 100%.

I then connected the laptop to a self powered external drive (4Tb USB3 G-RAID) and ran an encode in Adobe Media Encoder in an effort to speed up the battery drain (per battery calibration procedure to allow the battery to fully discharge).

When I came back an hour later to check on the computer I discovered that it had shut off. I attempted to reboot it but the progress bar only made it to about 40% before shutting off again. I tried this repeatedly with the same result.

Then I reset the SMC (Ctrl+Opt+Shift+Power for 10 seconds) with no change in result.

According to the battery calibration steps, I am supposed to let the battery drain all the way until the computer goes to sleep, then leave it asleep for five hours before charging it. But the computer didn’t go to sleep so I don’t know what the next step should be. Advice?

If it will let you, you can run an Apple Diagnostic, follow these steps:

"Turn on your Mac, then immediately press and hold the D key on your keyboard as your Mac starts up.

Release when you see a progress bar or you're asked to choose a language."

If you can't get that far I would suggest making sure everything is correctly connected on the board, sometimes the lego connectors can be pesky. Otherwise, you might have a need to contact iFixit support to see if it's a battery fault. Sadly there are no "new" Macbook 15 Retina batteries for these models years, iFixit uses high-quality cells but they can degrade over time in storage.