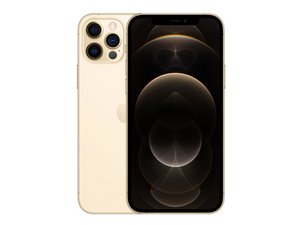 I have an iPhone 12 Pro. I was charging it in the wall using a 5W original apple plug and USB-C to lightening cable.

The charger blew up (black scorched and totally melted) and flipped the circuit breaker. I am guessing the capacitor in it exploded.

The iPhone originally had a charge but does not turn on now - just a completely unresponsive black screen. It wont charge with a wireless charger either.

Any ideas on where to start? I can't find any guides on the internet for this situation.

The charger likely fried the phone, this is unfixable unless you replace the logic board. That may cost more than the phone is worth.

As @guardian10 said, your phone is likely toast.

I'm a little sus about the part you say you use the original 5W charger and a USB-C cable as last I checked, those use USB-A not C.

If you can argue enough with Apple they might replace that phone but if they charge you an absurd amount then SOL. On the flip side if ur into microsoldering, you can use this phone as parts.

Here's a story of mine: I have an Apple watch SE that had software issues so i did the usual. I also had a 4 that was stuck in an infinite boot loop and this specific support person fixed it. Not even the Apple store could do that! Try using Apple support online first so your not screwed over by the Apple store (I don't want to name and shame the specific one as that is just inexcusable so I'll leave it at this)

Check on the battery and display ic