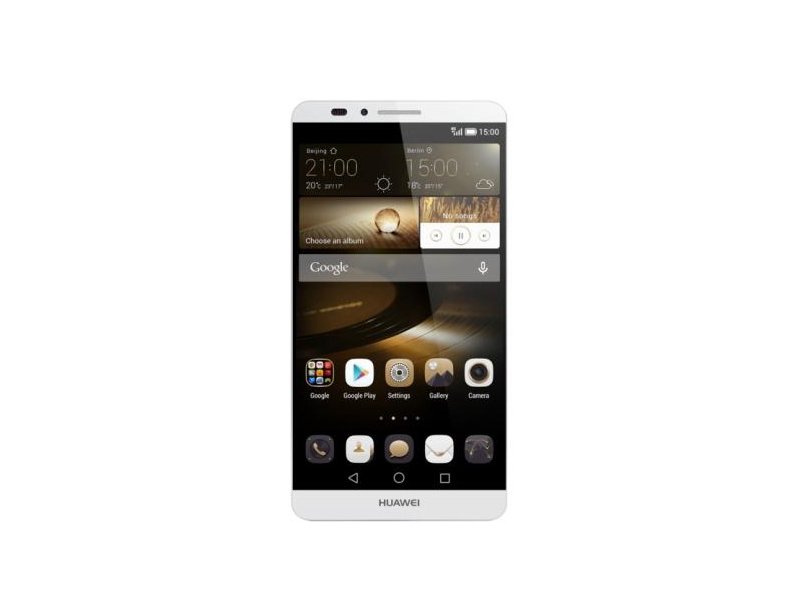 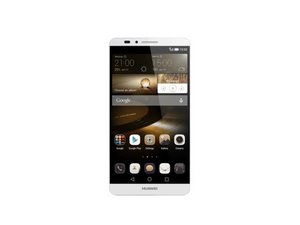 The Mate 7 includes a rear-mounted fingerprint scanner, as well as gyro, accelerometer, proximity, and compass sensors. It also features a scratch-resistant glass front and an aluminum back and frame. The phone’s main camera is located directly above the fingerprint sensor. The Mate 7 includes the Huawei logo, which depicts the name “Huawei” in capital letters below a flower-shaped logo on the lower back portion of the phone. The name “Huawei” is also printed in capitalized white letters in the center of the phone’s front bezel.