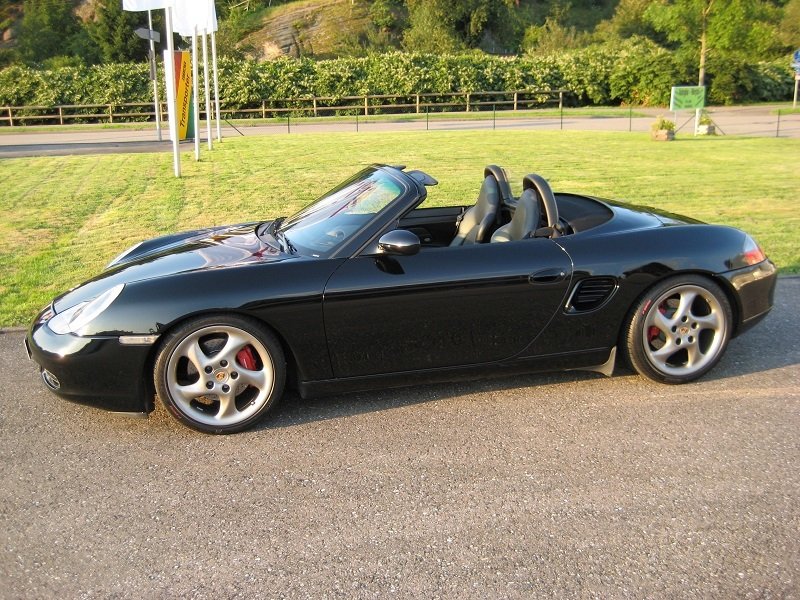 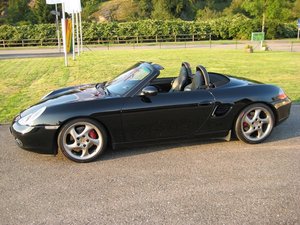 The Porsche Boxster and Cayman are mid-engine, two-seater sports cars produced by Porsche, a German automobile manufacturer. The Boxster S Special Edition was released in 2004 with a production run of 1,953 vehicles.

A plate in the Boxster S Special Edition’s center console piece includes the vehicle’s production number; this plate is commonly known as the “batwing.” On American market cars, the rear turn signals are red rather than clear. The Boxster S Special Edition models include the Porsche shield emblem which includes a black horse in the center with the name “Stuttgart” in capital letters, the name “Porsche” across the top in capital letters, and black and red alternating stripes in the upper-right and lower-left shield quadrants. The upper-left and lower-right shield quadrants each include three antlers.