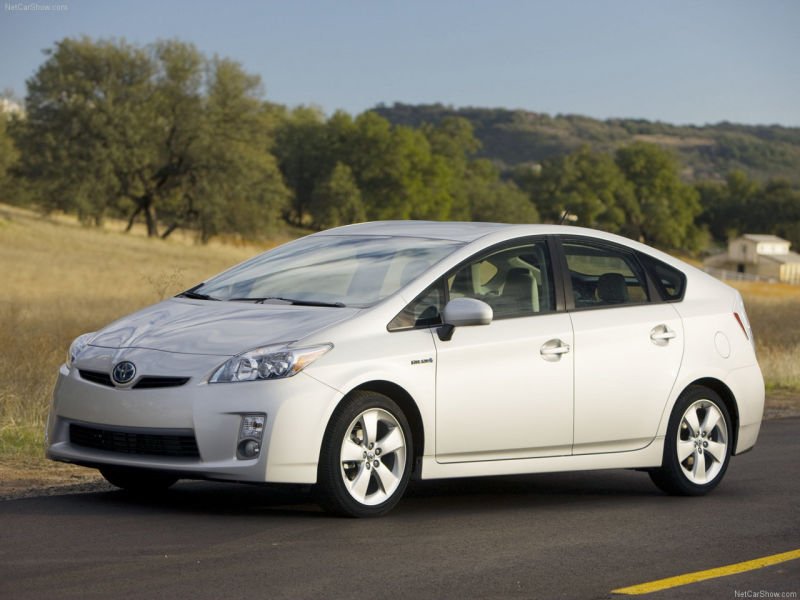 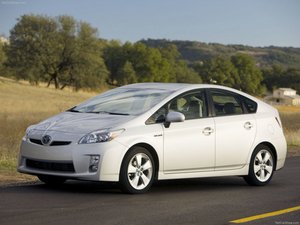 The Toyota Prius is a full hybrid electric automobile developed by Toyota and manufactured by the company since 1997. Initially offered as a 4-door sedan, it has been produced only as a 5-door hatchback since 2003.

Originally available only in Japan in 1997, the Prius is a popular fully hybrid electric car manufactured by Toyota. The Toyota Prius was the first mass-produced hybrid vehicle and was introduced worldwide in 2000. The Prius was originally offered as a four-door sedan but has been produced only as a five-door liftback since 2003.

The Toyota Prius family was expanded in 2011 to include the Prius V, an extended hatchback, and the Prius C, a subcompact hatchback. The first plug-in hybrid Prius was released in 2012. By 2017, the Prius family represented 61-percent of the 10 million hybrids sold worldwide by Toyota since 1997.

Toyota vehicles in the Americas can be identified by the Toyota emblem, which depicts three overlapping ellipses. All Prii from 2003 onward (yeah, “Prii“ is the official plural form of Prius as decided by public vote) have the words “Toyota“ and “Prius“ displayed on the back hatch.