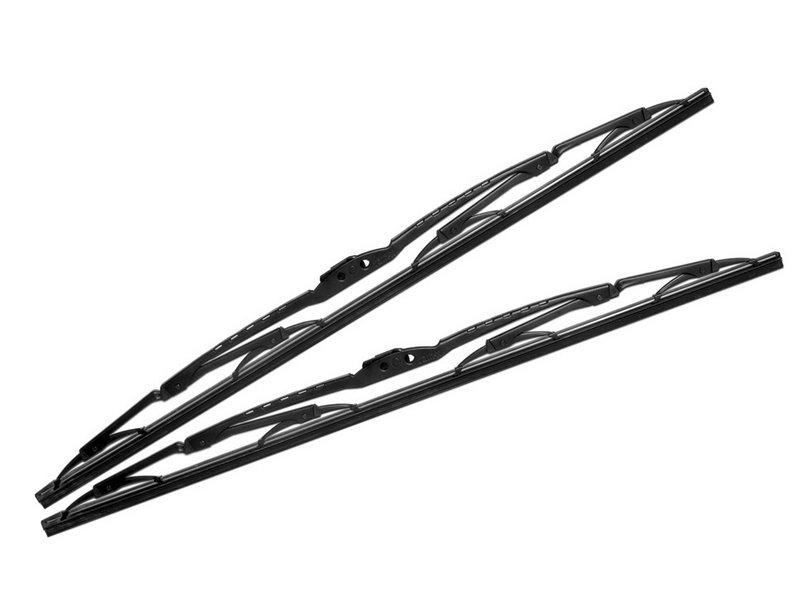 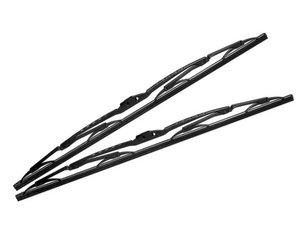 Replacement information and support for various windshield wiper blades and arms for car and truck. Also known as windscreen wipers.

A windshield wiper (American English) or windscreen wiper is a vehicle accessory used to remove rain, snow, ice, washer fluid, water, and debris from a vehicle’s front window. Windshield wipers provide a cleaner front window that helps the operator see what is ahead of them more clearly. Windshield wipers are usually a legal requirement for almost all motor vehicles including cars, trucks, buses, some aircraft, train locomotives, and watercraft with a cabin. These vehicles are typically equipped with one or more windshield wipers.

Windshield wipers generally consist of a metal arm with a rubber blade attached to the arm’s underside. One end of the metal arm pivots while the rubber blade clears water and debris from the windshield. The arm can be powered by an electric motor, though pneumatic power is sometimes used to power wipers on some vehicles. On motor vehicles made after 1969, the wiping speed is usually adjustable. Adjustable wipers may have several continuous speeds and one or more intermittent settings.

Most personal cars and trucks use two synchronized radial-type arms, while many commercial vehicles include one or more pantograph arms that use mechanical linkages to move the wiper farther in one stroke. Some vehicles include windshield washer systems that spray water or antifreeze window washer fluid on the windshield while the wipers remove dirt, dust, and debris.