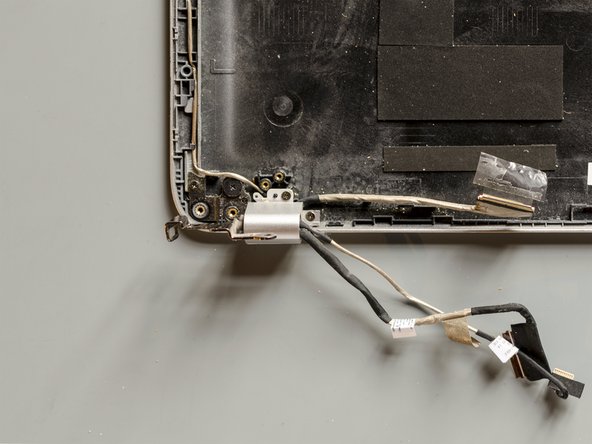 In the ENVY 15 j100el model the graphic card GeForce GT 740M can provide the display connected through the LVDS interface with a resolution up to 1920 x 1200 with the easy withstanding of the processor which can also handle bigger resolutions.

Therefore, since the fact that your hardware can support it, if you have to replace the original LG LP156WH3(TL)(S2) panel display, which has a native resolution of 1366×768 (HD), you could consider to upgrade it to a Full HD display with a 1920x1080 (FHD) native resolution.

The new display should have these characteristics:

Besides the previous restrictions you are free to choose about brightness, viewing angle, colours range, surface treatment, contrast ratio, response time, resolution (the latter one up to a max of 1920x1200 due to the graphic card) and so on.

The best display panel that this HP model could afford would probably be the B156HAN01.0 produced by AUO due to its wide viewing angle, IPS technology, high contrast ratio and better colour performance but this screen was only produced until 2013 and it’s hard to find nowadays. I managed to find this panel on eBay and after its installation the result was really good - viewing angle and colours were fantastic - but unfortunately it was not functioning in the middle (a small black vertical stripe was there). So, in the end, I installed a B156HTN03.3 which is not as good as the above-mentioned one but a whole lot better than the original LG display. Choose your best one!

If you only want to replace the display panel

jump directly to step#23 ─ in any case only after having removed the battery in order to avoid short circuits on the display cable once you will be handling it ─ and try to install the new LCD without opening the laptop. It’s quite difficult because two of the four screws that secure the display bezel are hard to reach without splitting the laptop in two but you could manage to loosen them somehow.

On the contrary, if you have to replace the display cable also,

bear in mind that you will need to replace the thermal paste too and therefore, before starting, gather together all the tools that you will need for that too. In order to work on the display hinges with ease, we have to indeed disassemble the heatsink and the fan. You can find the standard display cable for sale on e-commerce using the following HP part number: 720536-001.

Now you can follow the steps for the replacement of the thermal paste at this link (step#12).

Now you can follow the steps for the replacement of the thermal paste at this link (step#12).