Go to our iPhone 3G Front Panel Repair Guide to get complete step-by-step instructions for replacing your broken glass!

Imagine this scenario: You’re late for a meeting. To make matters worse, you find that your bike tires are extremely low. As you’re hastily pumping up the tires, The Boss calls your iPhone 3G. He usually doesn’t call your personal line, but this time it’s personal — his butt’s on the line, since you’re bringing his presentation to the meeting. You’re juggling many things in your mind, including the virtual beating you’re going to receive for being late, all the while not realizing that the sweat on your hands is making the iPhone quite slippery. Everything changes in one split-second flash: the iPhone 3G shoots out of your well-oiled hand and has an intimate chat with Mr. Concrete. The result? A cracked iPhone 3G screen, not to mention an even-more-furious boss due to your inability to pick up the phone. While iFixit can’t get you a new job in the bicycle sales industry, we can show you how to fix your iPhone 3G’s cracked screen.

The first thing to know to is what part you need to replace. On the original iPhone display, the glass, touchscreen digitizer, and LCD display were inseparably glued together. Fortunately, Apple changed their design and the iPhone 3G front panel glass is not glued to the LCD behind it. This is great news, because most of the time when you break the glass the LCD itself is fine. The front panel is available online at iFixit for $70, a bit cheaper than the LCD itself.

Opening the iPhone 3G is definitely simpler than the first generation iPhone. The original required a wide array of tools (including a dental pick) to remove the back panel. Apple’s designers decided to be nicer with the 3G, but weird tools like suction cups are still needed to make the opening procedure easier. Removing two Phillips screws and a small pull with the suction cup open the iPhone 3G. Don’t pull too hard, however– several cables still hold the two sides in place. 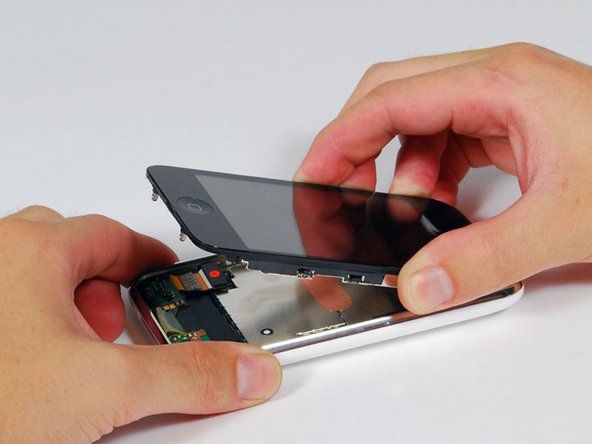 Disconnecting the display assembly from the rest of the iPhone 3G is as easy as 1-2-3 — literally. Apple was nice enough to number the black ribbon cables “1,” “2”, and “3,” allowing for a no-brainer disconnecting procedure. However, people attempting this at home should be careful to not break any connectors while trying to remove them.

Just like anyone can be linked to Kevin Bacon via six degrees of separation, six screws prevent the display from being separated from the front panel. The screws are very small in size and have #00 Phillips heads. An injudicious flick of the wrist will misplace them forever, so one should take care to keep them in a safe place. Scotch tape is your friend. We like to tape each set of screws down to a sheet of paper and write down where they came from.

To separate the display from the glass, you have to carefully insert a metal spudger between the two metal rails along the edge of the display assembly. A word of caution, however: metal spudgers are the double-edged swords of the iPod and iPhone repair worlds. They are incredibly useful due to their hard metal edge, especially for tight crevices where plastic tools are too soft to be used. However, the hierarchy of hardness dictates that “like scratches like,” meaning that everything softer than the metal spudger will be easily scratched. Unfortunately the list includes pretty much every surface of the iPhone 3G. A metal spudger can also bridge electrical connections, potentially shorting the iPhone 3G’s logic board if you’re not careful.

Glue prevents the removal of the plastic touch screen from the rest of the front panel. The glue loosens when heated, and consequently a heat gun comes in very handy for this procedure. However, too much heat gun action can warp the front panel, as well as leave nasty burns on your hands (nobody likes playing hot-potato with an iPhone 3G front panel).  Hair dryers are preferable if they provide enough heat — a safer (and more readily available) alternative.

Getting everything apart is hard enough, but it’s only half the task. The new touch panel now needs to be adhered to the front panel. iFixit includes a set of cut-to-shape 3M double-sided tape strips with every iPhone 3G front panel purchase. Alternatively, the home user can also use double-sided tape — it’s trickier than the pre-cut pieces, but can be done.

Repairing the iPhone 3G’s screen is a difficult, yet rewarding undertaking. A quick lapse in judgment can certainly provide a couple of good stories for next day at the office — stories such as why you have a melted iPhone front panel attached to your right hand, for example. Although the difficulty is relatively high, the cost of replacing the entire iPhone (as opposed to just the front panel) is even higher. A little patience along with good tools, parts, iFixit’s disassembly guide, and a couple of hours will enable anyone to fix their iPhone 3G display for $70. 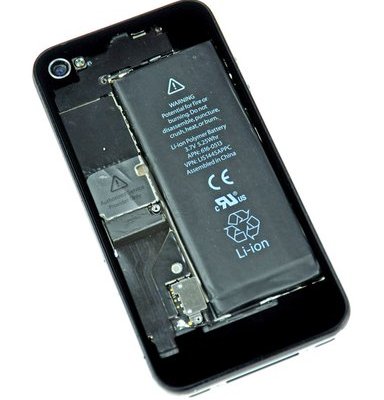