Just thought I’d take a look at the state of electronics recycling around the world to see how we’re doing.

According to the International Environmental Technology Center of the United Nations Environment Program (UNEP), the volume of e-waste is increasing by 40 percent per year worldwide. They estimate that 80 percent of it is still going in to landfills and incinerators. According to UNEP, e-waste is the fastest-growing type of waste, particularly in some developing countries where the volume is expected to grow by up to 500 percent over the next decade. 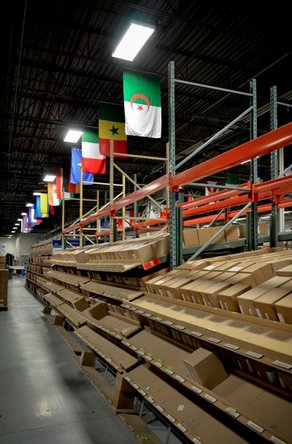 Unfortunately, electronics recycling is a comparatively low priority in many countries. Most countries of the world (including the U.S.) don’t have a coherent national collection infrastructure. This is true for most of Asia where the problem is becoming critical. According to Park Young-Woo of the United Nations Environment Program, the Asia-Pacific region now produces more than half of global e-waste. He estimates that only 10 percent of it is recycled worldwide.

The great thing about Europe is that it has a comprehensive and formal regional strategy on electronics recycling. The not so great thing is that each of the 27 countries of the European Union has its own version of that strategy. The WEEE Directive is the set of laws that governs the proper collection and disposal of Waste Electrical and Electronic Equipment (WEEE) in the 27 countries of the European Union. It has been developing since 2002.

The WEEE directive currently sets a minimum collection target of 4 kg (8.8 pounds) per year per person for WEEE from households. The latest update of the law is expected to be formally approved in 2014. The overall aim is for the EU to recycle at least 85 percent of electrical and electronics waste equipment by 2019.

Germany and UK are so far the leading countries with the largest recycling volumes. The UK has also just launched the first set of standards in the world on electronics refurbishment called PAS 141. Companies accredited to the PAS’s 141 standards, assure that used electronics devices being shipped anywhere in the world are fully functional. Switzerland was the first country in the world to adopt an electronics recycling system in 1991. Things are actually going pretty well in Europe. The countries of Eastern Europe that have more recently joined the EU are largely on track to develop their WEEE Directive laws.

Asia is also a good news-bad news story. On the one hand, three countries have the highest electronics recycling rates in the world. On the other hand, the dominant countries of India and China are far behind. 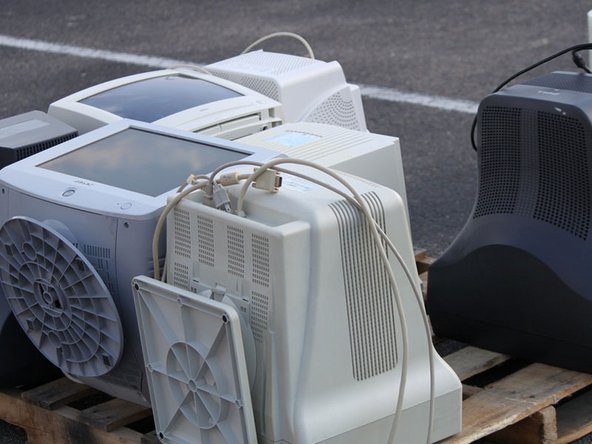 Canada has electronics recycling systems in seven provinces, and also their national law called the Export and Import of Hazardous Waste and Hazardous Recyclable Material Regulations that regulates the export of e-waste to developing countries. It does have an industry standard for proper electronics recycling and processing, and a developed industry.

The U.S. has a patchwork of laws in half of the U.S. states. It does have some Environmental Protection Agency (EPA) regulations around disposing of CRT monitors, but doesn’t have a national law or system for recycling electronics. It does have a very developed electronics recycling industry that largely adheres to two competing industrial standards, Responsible Recycling (R2) and E-Stewards. The U.S. collects and recycles about 27 percent of its electronics discards according to the U.S. EPA. We dispose of over 130 million cell phones every year, of which 11 percent are recycled. Each U.S. household now spends around $1,200 each year on new electronics gadgets, all of which will be disposed of in a few years time.

Africa is the poorest region in the world and there is comparatively little going on there in the way of dealing with e-waste, but there are actually some promising developments in Africa. The UN Basel Convention sponsored the Pan-African Forum on E-Waste in Nairobi last March to get things rolling. The e-Waste Association of South Africa (eWASA) is building a network of e-waste recyclers and refurbishers in the country. There are no legal structures for electronics recycling in Africa yet. Also the UN conducted some research on used computer and electronics management in Africa. Their studies find that about 85 percent of surplus electronics imports are reused, not discarded. Africa’s technology lifecycle for displays is two to three times the productive use cycle in richer nations. African nations lead the world in electronics reuse.

Another UN study finds that domestic consumption is the main contributor to Africa’s growing e-waste problem. About half of all people in Africa own mobile phones. This is similar to what is happening in Asia. Africa now has more mobile phone users than either the U.S. or E.U. or Latin America. It is second only to Asia. It has had 30 percent growth in mobile adoption over the last 10 years. Africa has a 1 percent recycling rate for mobile phones.

Five countries in Latin America now have e-waste laws or rules: Costa Rica, Colombia, Peru, Brazil, and Mexico. Brazil is particularly active with its Brazilian Association of Electric and Electronic Recycling Companies and its emerging comprehensive e-scrap policy with a target of 17 percent by 2018.

One of my great heroes, Uca Silva, of the SUR Corporación de Estudios Sociales y Educación in Chile, has long been spearheading activities to develop country specific laws and also a regional strategy like the Guidelines for the Management of Waste Electrical and Electronic Equipment (WEEE) in Latin America. This lays out a framework for developing a harmonized regional strategy for e-waste management like they have in Europe.

Latin America is no different than the developing countries of Asia and Africa in its adoption of mobile phones and PCs. It now has a quarter billion Internet users and 450 million mobile phone users. At 16 percent growth, Latin America is the fastest growing region in the world in adding Internet users. I don’t know what Uca is going to do to deal with the zillions of electronics devices heading toward disposal in Latin America, but I’m glad people like her are working on the problem.

This guest post was written by Jim Lynch, Director of Computer Recycling & Reuse at TechSoup.