We took apart the new Kindle Fire HD. But really, this device should be called the Kindle Fire H — where “H” stands for “Half” — because to us it appears that it encompasses a lot of the features of the old non-HD Kindle Fire, while utilizing most of the guts of last year’s HD unit. 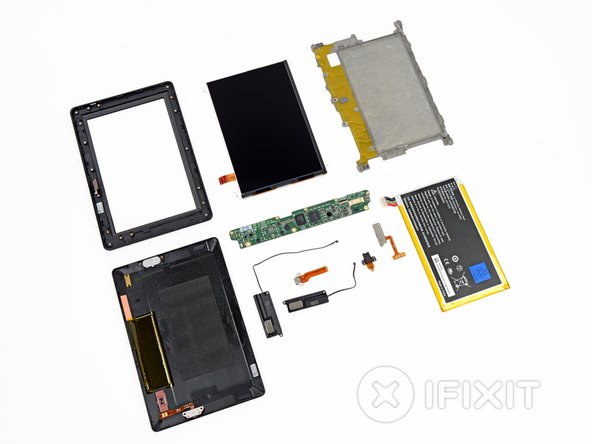 Confused? So were we for a while, till we hashed it all out. Come along for the journey as we ‘splain ourselves!

• However, on the outside this device is more reminiscent of the old non-HD Kindle Fire. It’s more square-shaped than the already-square-shaped Kindle Fire HD, which has more pronounced rounded corners. Which is a good thing, because…

• …Its repairability is also the same awesome 8 out of 10 that we gave the original Fire. Last year’s HD model had its front glass and LCD fused together, which is no longer the case — so it gets that extra point back!

• Curiously, the Amazonian overlords decided to remove the camera from this base Fire HD, even though last year’s unit had one. Cost cutting to make it $140 (with ads)? Perhaps, but that’s speculation, and we don’t be speculatin’ around these parts. However, there’s no obvious empty space on the motherboard for one, meaning that there’s no dead-giveaway that a camera is coming next year.

• The display once again comes courtesy of LG. And just like last time, it’s a mouthful: the LD070WX6-SM01. Gesundheit! 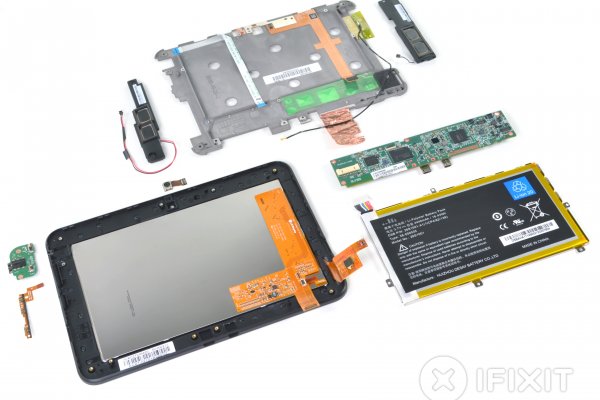