When you’re designing a portable console, you need a huge battery, you need to keep it cool, and you need to be ready for the inevitable tumble. If you carry something around, you’re gonna drop it. The Nintendo Switch seems to hit all these points and more. The lion’s share of space is given to the batteries and the heat dissipation system. The fan is vibration-dampened to let it quietly run as much as needed. The design mixes structural and functional. The controller swapping and charging mechanism is beautiful. And the Switch’s modularity would make even Samsung miss its old repairable phones.

Now. That doesn’t mean Nintendo wants you to repair your Switch after that rooftop game night, but. You probably can, parts willing. And that counts for a lot. 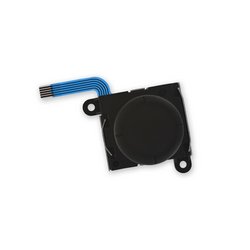 Replace a Nintendo Switch joystick on the left or right Joycon controller.

Be sure to head over to iFixit.com to see the full teardown.