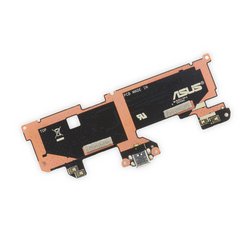 Replace a broken or damaged USB charging port daughter board for your 2nd generation LTE Nexus 7 tablet with this part. This is a used, OEM part.