Get a new battery for your Second Generation Moto 360 Smartwatch and bring it back to life! 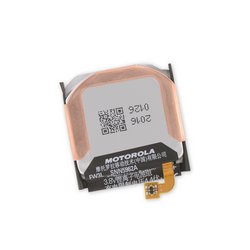 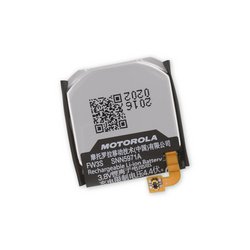 The Moto 360 2nd Generation features a round 360x330 display, 1.2 GHz processor, 4GB internal storage, 512MB RAM, and inductive charging with an included dock. Users must rely on touch and voice interaction with the Moto 360 2nd Gen because it only has a single physical button, a power button disguised as a watch dial.

Once you've bought your parts and tools, check out iFixit's Moto 360 2nd Gen repair guides for step-by-step instructions on how to make the fix.