Grab a toolkit for your iPhone 4S model and fix your broken phone! 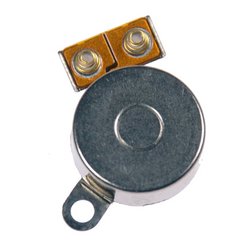 In October 2011, Apple released the iPhone 4S for AT&T, T-mobile, Verizon, and Sprint. Featuring front and back glass panels, a front and rear camera, and retina display, the iPhone 4S looks identical to the iPhone 4. The iPhone 4S is externally identified by the model number A1387.

Inside it now runs the A5 Processor just like the iPad 2. The rear camera now sports an 8MP camera with LED flash and shoots full 1:1 1080p video at 30 FPS while the front camera retains the VGA quality photos and 30 FPS of its predecessor. The iPhone 4S also comes with an integrated voice-controlled system named Siri. Siri can do many things ranging from setting up reminders to doing web searches.

All iPhone 4S repairs will require a Pentalobe P2 screwdriver along with a set of other standard precision electronics tools. All iFixit Fix Kits come with all tools needed to complete the desired repair.

Once all parts and tools have been acquired, check out iFixit’s iPhone 4S repair guides for step-by-step instructions on how to make the desired fix.

The iPhone 4S earned a 6 out of 10 in iFixit’s repairability assessment. See the full iPhone 4S Teardown and video below for more.