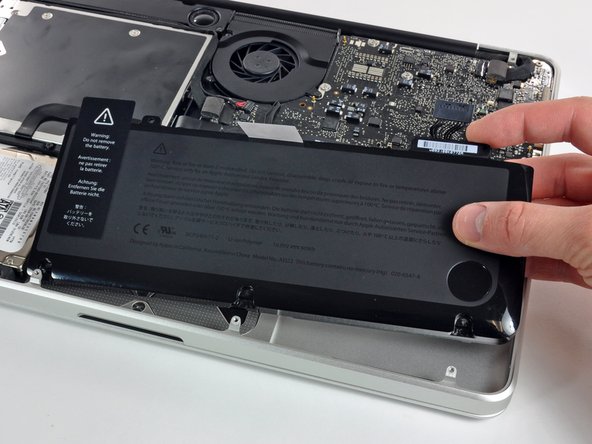 My MacBook Pro (2.66Ghz Mid-2010) is on it's 4 1/2th year, which is about 2 years longer than any old PC laptop would have lasted with me. The last battery replacement was during it's AppleCare term, so I was nervous about finding a genuine, non-used battery for such an old machine. eBay had a lot of cheap garbage knock-offs that may have worked for a day and/or exploded inside the laptop. I was willing to pay a little more for a genuine one and that's what I do.

Replacement was easy. Remove the bottom case, unplug the old battery, remove two tri-wing screws, slide battery out ... do the process in reverse to install the new battery. Other than adding memory, this is the easiest part replacement in MacBook Pros of this design.

I booted up the Mac and everything was just fine. Just to make sure it really was a new battery, I checked out the System Report and it did indeed have 0 prior charge cycles, proving it wasn't just some random battery pulled out of another machine and resold.

I don't have a tri-wing screwdriver, but a small flat-head works all the same in removing both battery screws. Don't forget to disconnect the power connector on your old battery first and be sure that you're grounded!