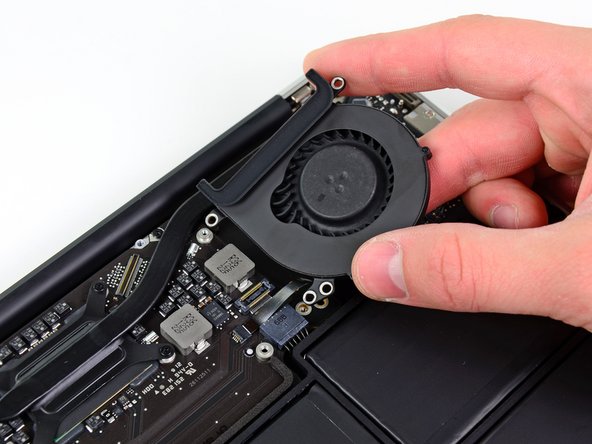 After troubleshooting SOOO MANY THINGS - it was clear that the issue was isolated to the fan. It sounded like, based on all other forums I had read, that the ball bearing in the fan had run it's course and the least expensive route (short of shooting some silicone lubricant into the fan) was to replace the fan.

Fantastic! I had already purchased the official iFixIt tool kit and spudger and it hadall of the bits that I needed to open the macbook air and safety perform all of the necessary operations.

From start to finish and successful reboot with the new fan, it took less than 45 minutes. Thank you so much iFixIt!

Make sure you have some dedicated container(s) for all of the teeny tiny screws that are part of this process.

Also - be sure to put the dampening rubber that's on the old fan and transfer it to the new fan (the new fan did not come with it).